This Morning viewers were in tears over a binman's friendship with a 100-year-old grandmother.

Appearing on the daytime show live from Dorothy's home on Tuesday, the pair spoke about their unlikely friendship. 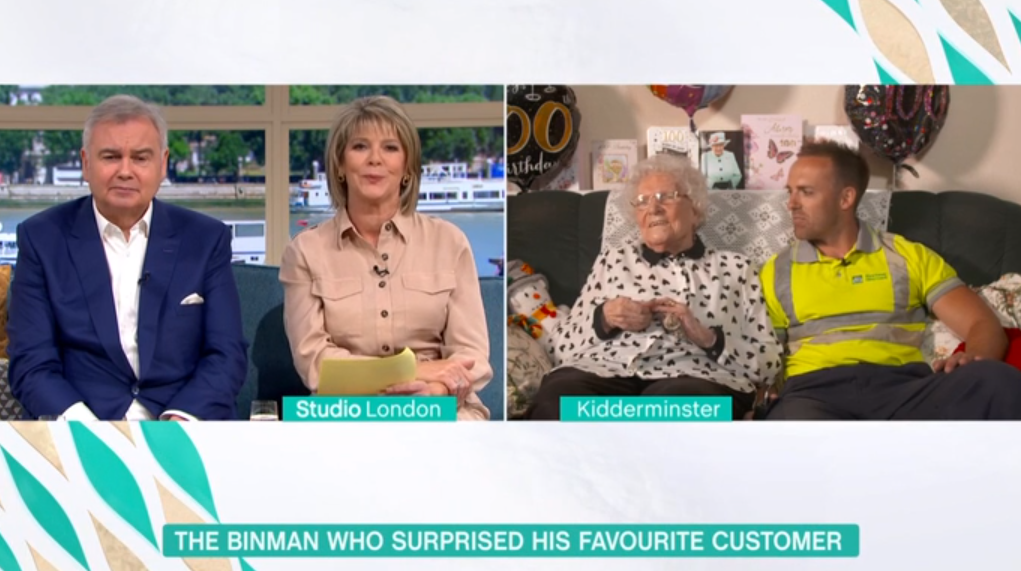 Dorothy and Ben spoke about their friendship (Credit: ITV)

Dorothy said: "I didn't know that he's such a friendly lad. We just got talking and I just look forward to him coming, it's so great really."

Ben explained: "I've been doing Mercy's bins for about eight years now and it just started with her opening the door and saying, 'thank you.'"

Dorothy said: "We just talk about his family, he tells me about his little kids."

Ben continued: "We stand and chat about Mercy's life and I find it really interesting..."

But before he could finish his sentence, Dorothy jumped in and started speaking over him. Host Eamonn Holmes joked: "And do you get a word in edgeways, Ben?"

Thank you Ben for being so friendly to an old lady.

Ben said: "She never lets me talk. This is like every Thursday morning. Is it my turn yet?" as he put his hand on Dorothy's shoulder.

She replied: "Yeah go on then."

Ben gushed: "She's a very special lady. We just stand and talk and I love to listen to her. She's 70 years older than me and we just have a chat."

Speaking about the video of Ben giving Dorothy a birthday cake, which has been seen by over three million people online, Dorothy said: "I am just in a whirl." 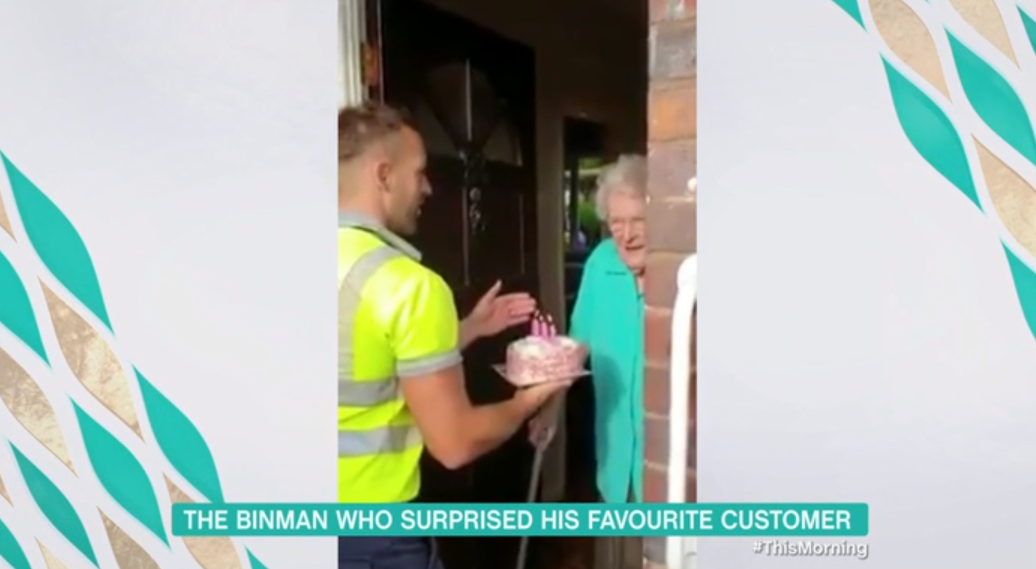 Speaking to Ben, Dorothy said: "Thank you Ben for being so friendly to an old lady."

A small photo of the Queen could be seen behind Dorothy and Ben.

When asked about it, Dorothy said: "Oh yeah, I've had a telegram from the Queen. It came the other morning. I'm so bewildered and I can't take it all in to be truthful."

Eamonn and Ruth Langsford then surprised Ben with a gift.

Eamonn told him: "We don't want to leave you out of this and we've got some really nice news. We hope your company acknowledge that you go above and beyond the call of duty."

Read more: Mollie King has This Morning viewers in hysterics with dumb gaffe during cookery segment

Clearly shocked, Ben said: "Oh my God, that is amazing. Thank you very much."

Dorothy was also over the moon, saying: "I'm confident about that. Oh I'm so pleased about that."

Viewers were in tears watching Dorothy and Ben and shared their thoughts on Twitter.

Simple acts of kindness like that are sooo lovely!

Dorothy & Ben are friends even with a 70 year age gap!

What an amazing lady Dorothy is and what a great man Ben the binman is too! A truly heartwarming story! @thismorning #thismorning

This brought tears in my eyes....it’s the smallest things we do that change the world!!! thank you Ben for your humanitarian ❤️

@thismorning omg in tears this morning watching the story about the old lady who is 100 and the lovely relationship with Ben the bin man. It truly melted my heart. Ben deserves that holiday to Morocco with his family, what a guy !