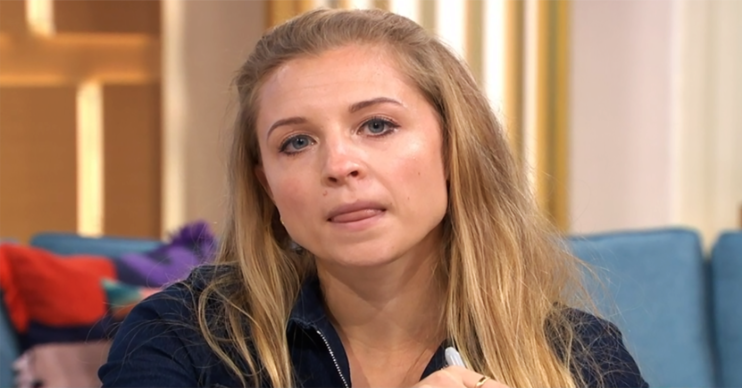 She quickly realised her mistake!

This Morning viewers were in hysterics as a guest accidentally swore during a phone-in.

Katie Morley appeared on Monday’s show to give advice to viewers on any consumer topics.

One viewer, named Lesley, phoned in to ask advice after not receiving a refund that she says she was promised.

Read more: Holly Willoughby ‘forced to cut holiday short due to coronavirus’ before This Morning return

What did Lesley say on This Morning?

Lesley said: “I bought a suite from a large furniture company two years ago. Within the first year, it showed very bad signs of wear.

“So I contacted them and over the next 14 months to and fro, they replaced the seat covers.

“The last time they came to replace the last ones, they were entirely the wrong leather and different colour altogether.”

She continued: “I emailed them and said, ‘this is just not acceptable,’ and they said they’re not making that style of furniture any more and if I’d like to go to the showroom and pick another one to do so.”

Lesley said she did visit the showroom, however, there wasn’t anything she liked.

She added: “I thought I’d ask them for my money back which I did.

“Straight away, the girl I was messaging said, ‘Yes that’s fine, we’ll give you your money back, I’ll arrange collection and on receipt of collection of the furniture in the condition we think is okay, we will refund your money.’

“That was the third week in March and the week after, we went into lockdown.

“I emailed them and messaged them several times during the lockdown period and I never got an answer.”

Lesley revealed her daughter went onto their website in July and realised the company had gone into administration.

Katie asked: “Is it right that you paid on credit card for this sofa?”

Lesley replied: “I did for some because when I went to buy this, it was to replace a previous faulty suite so this is the second faulty suite I’ve had.

This Morning guest swears on air

“I paid the extra. I’ve just retired from 35 years in the NHS and thought I’d treat myself to a better one so I paid an extra nearly thousand pounds on my credit card.”

Katie then told her: “Oh I’m so sorry darling, that’s [expletive]…” before putting her hand over her mouth.

Katie had said the word that rhymes with “hit” and starts with the letter ‘s’.

Host Ruth Langsford told viewers: “We do apologise for that.”

Katie then continued with her advice to Lesley.

Viewers were shocked and amused by Katie’s unfortunate blunder.

Read more: This Morning viewers call for Alison Hammond to be on TV every day

A third added: “Katie catching herself swearing live on daytime TV might be my favourite thing ever.

“Don’t worry Katie we agree it was [bleep]! And we’ve all slipped up and swore when it wasn’t technically appropriate too.”

What did you think of Katie’s blunder? Leave us a comment on our Facebook page @EntertainmentDailyFix and let us know.