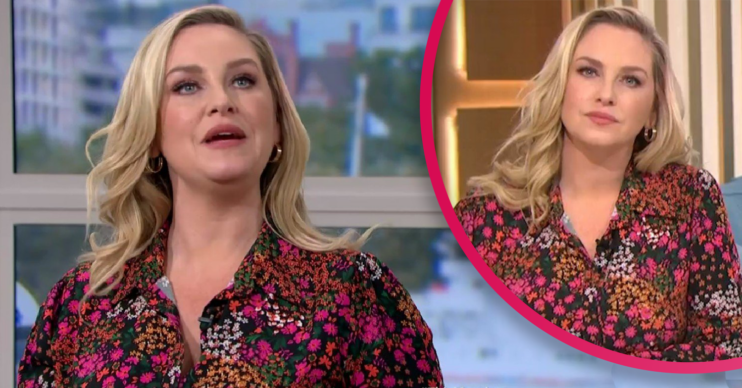 She did make a bit of a 'boo boo' though

This Morning viewers have delivered their verdict after Josie Gibson stepped in for Holly Willoughby for a second day.

The regular This Morning host has been off sick with a tummy bug, with Josie going down a storm yesterday (November 16).

But how did she do today?

Josie covers for Holly on This Morning for second day

Vocal This Morning fans took to Twitter to deliver their verdict on Josie’s second day at the helm.

Another added: “Josie is fantastic I really hope she gets to present the show more often.”

A third said: “Just caught #thismorning and I think @Josiestweet is doing a fabulous job. What a natural talent in the studio. More #josie pls!”

Josie under fire for ‘dumb questions’

However, it wasn’t long before some pointed out small errors Josie made while presenting the live show.

The stand-in host came under fire for asking “ridiculous questions” during a segment on the Sound of Music, and again during a chat about arthritis.

She pronounced it “Arthur-itius” and asked if the cold weather made the condition worse, when the resident doctor had just spoken about how the temperature affects it.

Rea more: This Morning fans convinced Holly Willoughby is joining I’m A Celebrity as a ‘wildcard’

One meanie coined a rather unflattering nickname for the star and said: “Oh my God Dozy Josie is really asking some dumb questions.”

A second agreed: “Oh my God could Josie have not asked more ridiculous questions.”

A third commented that perhaps yesterday’s corker of a show may have been a “one off”.

“‘So, does the cold weather make it worse?’ Yes, Josie – that’s also just been discussed. Think yesterday might’ve been a one-off for Josie, she’s rubbish today,” the viewer claimed.

“Josie‘s totally [bleep] in this interview,” slammed another.

She’s even ‘endearing’ when she makes a mistake

However, others described her mishaps a little more nicely.

“Oh Josie you made a boo boo there,” smiled one.

“Josie Gibson is so endearing when she makes a mistake,” said another.

Do you want to see Josie back on This Morning tomorrow? Tell us on our Facebook page @EntertainmentDailyFix.