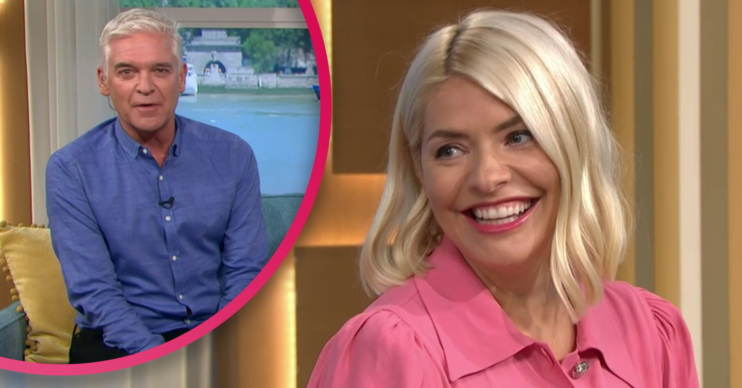 Holly Willoughby and Phillip Schofield made their return to This Morning today (September 6) after their extended summer break.

The duo looked thrilled to be reunited – but did viewers feel the same?

Well, it’s fair to say they were a divided bunch, with some calling for ITV to embark on a “rebrand” for the show and others demanding the return of Eamonn Holmes and Ruth Langsford.

Fans took to Twitter little after 10am as the pair returned to our screens.

Some were thrilled to see the duo return.

“Love having Phil and Holly back on This Morning!” said one.

“NORMALITY IS RESTORED!! It’s been a long 6 weeks of hell. But the legends are back. Love Holly and Phil,” another declared.

However, others declared they were switching over less than a minute after the opening credits rolled.

“Not even a minute in and I’m already switching over,” said one misery guts.

“Please bring back Eamonn and Ruth,” said another.

“Eamonn and Ruth were class professional presenters but these two are childish amateurs,” another declared.

“Roll on half term when these pair disappear for the week,” another cruelly stated.

Others even suggested that the show needs a “rebrand”.

One viewer said: “Saw a few episodes of This Morning over the summer and Ruth and Eamonn were great. Thought I’d stick it on in the background today and Phil and Holly are STILL really terrible. Needs a rebrand,” they declared.

Why are Holly and Phil still social distancing?

However, thy main question on everyone’s lips was why were Holly and Phil still social distancing.

At the start of the show the pair came in holding a two metre rule, explaining to viewers that they now had to sit one metre apart.

However, even Phil quipped they were “making it up” as they went along.

And that’s just what viewers said as they asked why the hosts were able to sit next to each other on a day out at Wimbledon over the summer, yet they had to remain distant on the This Morning sofa.

Some even accused the show of “patronising” its audience.

“Why are they still social distancing?” asked one.

“Oh, BS! We already know what you’re like off screen!” said another.

“Please stop patronising your audience. You work together, you socialise together, just get on with it and stand as close as you do when the camera is not around,” said a third.

“Well you get together outside of work so ain’t kidding no one,” said another.

“Holly and Phil making up the rules as they go along when they’ve posed for new promo pictures together.. why pretend???” another asked.

Oh, BS! We already know what you’re like off screen! #ThisMorning pic.twitter.com/u0h53QfwpQ

Holly looked gorgeous as she made her return to the show today.

She wore a pretty pink tea dress by Ghost.

The Wilma dress costs £149 and is available in sizes XS-XL on the website.

Head to our Facebook page @EntertainmentDailyFix and tell us what you thought of the return of Holly and Phil.