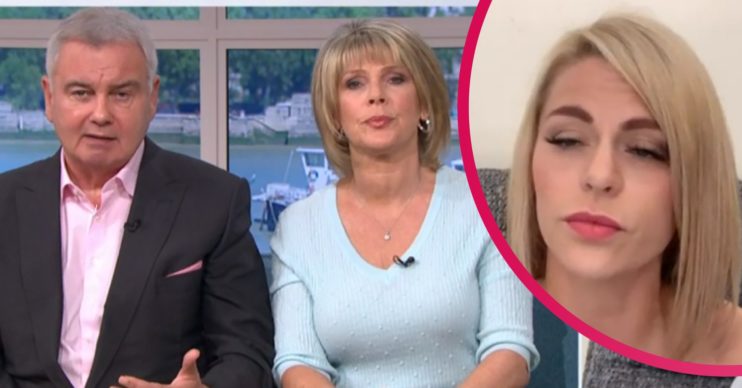 It’s fair to say the controversial This Morning debate left viewers at home appalled as they lashed out at the woman’s strong opinions.

Samantha Yardley wrote in a recent blog that she felt ‘life should be made as difficult as possible for people who are obese’.

Eamonn started the interview by saying: “I will pre-empt this whole conversation we’re going to have here that there will be a lot of people mortally offended by this and there’ll be people who’ll be hurt as well, but it’s this sort of medicine you think has got to be swallowed?”

“I think we’re all creatures of habit, we all take a path of least resistance, we need to make it more inconvenient to be obese.”

Eamonn and Ruth went on to question whether it was a case of people being lazy or, in fact, it could be as a result of illness, disability, or a mental health issue.

This Morning guest defends herself

Samantha defended her stance insisting: “I don’t think you necessarily have to have six pack abs or work out every single day, but it’s a lifestyle choice. You need to eat a little bit less, move a little bit more.”

She continued by saying people who are obese “take nearly twice as many days off than those people within a healthy weight range.” Samantha, who is now a size 10, also admitted she had been larger before and it made her “lethargic and lazy”.

Ruth took issue with the word “lazy”, but Samantha insisted it was from her own experience of being overweight.

Samantha also believes anything over a size 16 is too big, clothes in extra large sizes shouldn’t be readily available and inconvenient to find, and admits she’d choose a thinner person over a fatter person for a job.

Eamonn shockingly revealed that it’s in fact not illegal to discriminate based on weight, unless it’s as a result of a medical condition.

When asked what she would say if she was in charge of the NHS, Samantha replied: “It’s a dificult pill to swallow, but take responsibility and start eating a little bit less and moving a little bit more and you will literally add years to your life.”

She added: “If that’s not enough motivation for yourself, think about those around you, if you have children, they want you around.”

Those watching at home were not at all impressed with Samantha and slammed This Morning for giving her air time.

#ThisMorning very disapointed with @thismorning ‘s choice of guest who wont work with fat people. With all thats going on in the world inappropriate to give shallow people air time so they can trigger a wave of more discord amongst us.

#ThisMorning is TOXIC. Giving this women a platform to spread her hateful comments about body image and calling it a “controversial subject”. Eamon Holmes asks Alison Hammond how she feels really awkwardly then goes on to say “well I think I you look well..” pic.twitter.com/yTyS2nLtwK

Samantha on #ThisMorning is another one of those people who says “I’m just saying what everyone else is thinking” in order to validate the horrible things they say.

News flash hun, no one else thinks that way 🙃

@thismorning what a disgusting person Samantha yardley is, very discriminating against people over weight, why even bother giving her the air time #ThisMorning

#ThisMorning why is this woman getting air time?? Its just giving hate a platform! And just because its apparently not illegal to discriminate based on weight, doesn’t mean its not completely unethical in my eyes. And can we also stop using the phrase “fat people” on the show?

Fat shaming is disgusting, this woman is just nasty! #ThisMorning

#ThisMorning YOU ARE A DISGRACE.

To give this Samantha airtime. Its a disgusting publicity stunt. Just make the mental health worse in this country. DISGRACEFUL

Did any This Morning viewers agree with Samantha?

There were a couple of people who agreed with Samantha though…

I agree with Samantha, she’s at least honest. My wife eats junk and gets fatter by the minute. There is nobody in this country’s system to advice her, my continuous nagging doesn’t work. Unless there is a penalty, people won’t learn. #ThisMorning

I’m not embarrassed to admit it” but….
I fully agree with Samantha’ too many blame their obesity on medical reasons when in fact the percentage is minuscule #ThisMorning