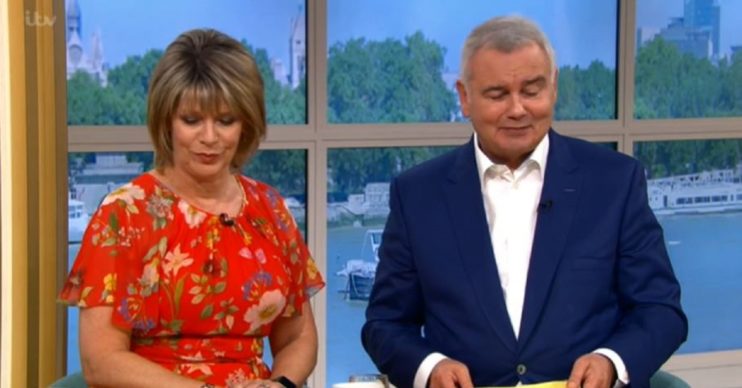 ITV’s This Morning has reignited a hot debate that raged between hosts Eamonn Holmes and Ruth Langsford regarding the correct pronunciation of ‘leprechaun’.

Last year, the pair clashed over the correct way to say the word during a segment that saw reporter Alison Hammond travel to Ireland to visit a leprechaun cave.

While there, she chatted with owner Kevin, who believes in the little creatures and says he protects them.

On today’s (Wednesday, May 27) episode of This Morning, Eamonn and Ruth clashed once more over the pronunciation before having Kevin on.

This time, he discussed the impact of the coronavirus pandemic on Ireland’s leprechaun population.

You say leprehorn and I say leprechaun.

And it seems Eamonn was just as set on his own way of pronouncing leprechaun as he was last year.

While Ruth uses the most common pronunciation, ‘lepra-corn’, Eamonn insists on calling them ‘lepra-horns’.

They clashed over the issue as Eamonn was introducing the segment, with Ruth asking: “Is that how you say it?”

Eamonn snapped back: “Well you think what you think.”

When Ruth continued to question him, he demanded: “So you’re an expert on leprechauns, are you?”

Kevin, the expert on the matter, said Ruth was indeed correct. And when he told Eamonn it was a mistake commonly made by Northern Irish people, the presenter said firmly: “Well, you be you, and we’ll be us.”

Reacting on Twitter, one viewer said: “You say leprehorn and I say leprechaun. Let’s call the whole thing off!”

Another said, with a string of laughing crying emojis: “@EamonnHolmes saying ‘leprechaun’ has got me #ThisMorning.”

A third quipped: “We’ve now got to the Leprechaun Whisperer stage – this lockdown has got to end soon #ThisMorning.”

In an episode last year, Eamonn and Ruth got into a debate over how to say the word, as Eamonn was introducing a segment on the mythical creatures.

Unconvinced by how her husband said it, Ruth quizzed: “Is that how you pronounce it?”

But a resolute Eamonn told Ruth that’s exactly how it should be said.

Read more: Ruth Langsford fears she’s ‘done her back in’ after yoga session on This Morning

The disagreement soon sparked a wave of tweets. This Morning also ran a poll asking its followers how they say it.

“Question of the day,” the tweet read. “How do you pronounce leprechaun? Is it horn or corn?”

Lots of people tweeted the show to say it wasn’t actually pronounced ‘horn’ or ‘corn’.

One told the show: “Neither. No ‘r’ pronunciation at all. ‘Hawn’. Like Goldie Hawn. Leprec-Hawn”.