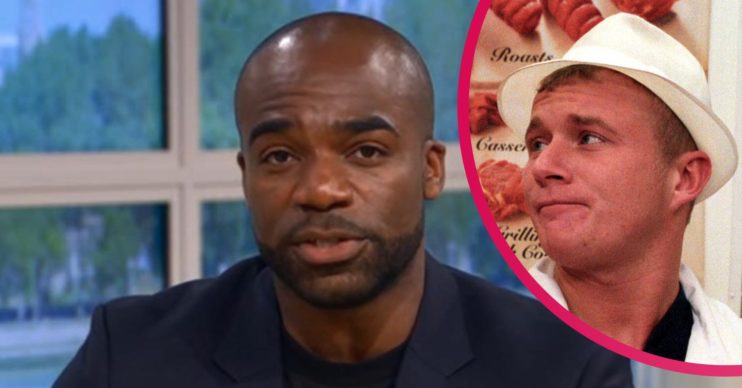 This Morning welcomed Coronation Street’s Steven Arnold, who played Ashley Peacock from 1995 until 2010, on Friday (July 24).

Steven was on to discuss the upcoming Coronation Street: Partnerships episode detailing some of the most popular duos over the years.

But viewers at home were stunned to see him and thought he looked unrecognisable since his Corrie days.

What did This Morning viewers say about Coronation Street star Steven Arnold?

Some were saying he looks completely different, with one even questioning if This Morning had contaced the right actor.

Someone suggested he’d morphed into soap rival Phil Mitchell, aka Steve McFadden – we can definitely see a resemblance!

are they sure they have the right ashley peacock? i mean the actor looks totally different! #thismorning

Throughout the interview, Friday host Ore Oduba made the mistake of calling Steven by his character name of Ashley.

The error didn’t go unnoticed by those watching at home, who pulled Ore up, with one saying it was ‘driving them mad’.

Does Ore not realise that Ashley isn’t his real name? 😂 #ThisMorning

Why was Coronation Street star Steven Arnold on This Morning?

Steven was on the show to promote the Coronation Street special on cobbles partnerships that airs on Monday night (July 27) on ITV.

One of the duos focused on will be Ashley and his dad, Fred Elliott.

Of Corrie, Steven said: “I had such a good time working on Coronation Street, I was there for 16 years. I’ve got so many special moments, so many fantastic memories.”

Steven admitted his favourite storyline was the first serious one they did when Fred told Ashley he was his dad.

“We were brought in as a comedy duo, but that was the first serious one we did. It was quite easy to do with John as well because we had such a great relationship off-screen as well as on.”

Speaking about his exit, which saw him killed off in the tram crash for the 50th anniversary in 2010: “It was absolutely superb to go like that. I always said if I ever was to leave I didn’t want to go in the back of a taxi.”