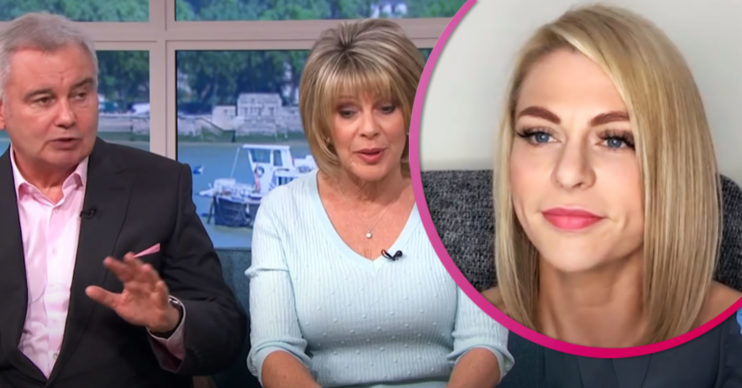 This Morning viewers have sent their complaints to Ofcom after a guest said she ‘won’t work with fat people’.

She said during her appearance on last Wednesday’s (July 22) show that it should be “inconvenient” for people to be obese.

What did the This Morning guest say?

She claimed: “I think if you’re obese you literally knock at least eight years off your life and that’s considered conservative.

“I think we’re all creatures of habit, we all take a path of least resistance, we need to make it more inconvenient to be obese.”

We need to make it more inconvenient to be obese.

Samantha also suggested those experiencing weight issues can be ‘lazy’.

“It’s a lifestyle choice,” she claimed.

Samantha continued by claiming women’s clothing over a size 16 is too big and admitting she’d choose a slimmer person over a heavier person for a job.

She insisted: “Look at the facts.

“People who are obese take off nearly twice as many day off work than those people within a healthy weight range for a start.

“That’s going to have a financial implication. From personal experience, you are more lethargic and more lazy.”

Her views came in for heavy criticism from presenters Eamonn Holmes, Ruth Langsford and Alison Hammond, as well as viewers.

Later in the same episode, Alison challenged Samantha to take her on.

“So what’s she saying – because I’m big she doesn’t want to work with me?” Alison continued.

According to The Sun‘s website, TV regulator Ofcom have received 43 complaints about the item.

It isn’t the first time that This Morning viewers have complained to Ofcom recently.

A travel segment in which Brits were reportedly advised to ‘cheat’ quarantine rules recently came under fire.

– Good Morning Britain is on ITV, weekdays, from 6am.