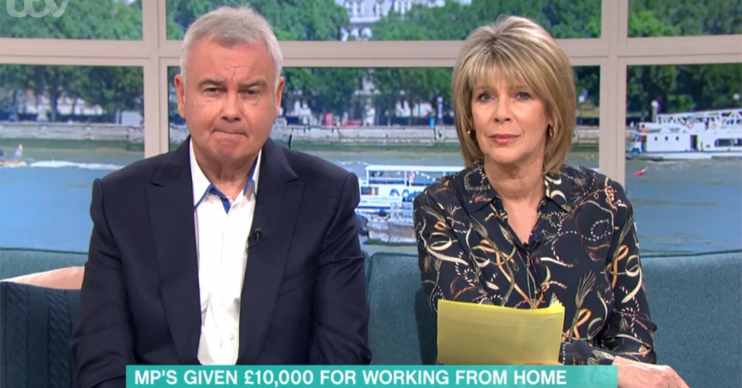 The show has issued an apology

Viewers have called out This Morning for accidentally leaking the phone number of Tracy Brabin live on air.

The MP appeared on Friday’s show (April 10) to discuss the coronavirus pandemic via video link.

However, during the interview, Tracy kept receiving phone calls and she couldn’t work out why.

Tracy said she thought it could be signal problems and hosts Eamonn Holmes and Ruth Langsford suggested they cut the interview short in case the calls were something important.

Has anyone apologised for giving out Tracey’s phone number?

However, viewers quickly pointed out that the show had shown Tracy’s number on the screen.

One person said on Twitter: “Has anyone apologised for giving out Tracey’s phone number??”

Has anyone apologised for giving out Tracey's phone number?? #ThisMorning

A third added: “@thismorning probably should have not published @TracyBrabin phone number on the top of the screen…”

Towards the end of the show, Eamonn and Ruth issued an apology to Tracy.

Eamonn said: “Just a quick word about something from earlier in today’s programme.

“In our interview with MP Tracy Brabin, some viewers – if they looked very closely – may have seen a number on screen.

“This was a technical error and we want to say sorry to Tracy for any nuisance and trouble this may have caused.”

A spokesperson for This Morning also insisted it was a technical error.

A statement read: “Viewers may have seen a number on-screen during an interview with Tracy Brabin this morning which was a technical error.

“We have apologised to Tracy for this error.”

Following her appearance, Tracy had tweeted: “Just done @thismorning and my phone number was posted on screen and I’ve been inundated so will have to change my number.