Viewers of This Morning were left in hysterics as Andrew Castle suffered an awkward blunder on the show.

The presenter appeared on Wednesday's programme (April 1) alongside Matthew Wright to discuss the latest coronavirus news.

However, Andrew suffered a technical blunder during the serious segment as his camera flipped around to show his kitchen. 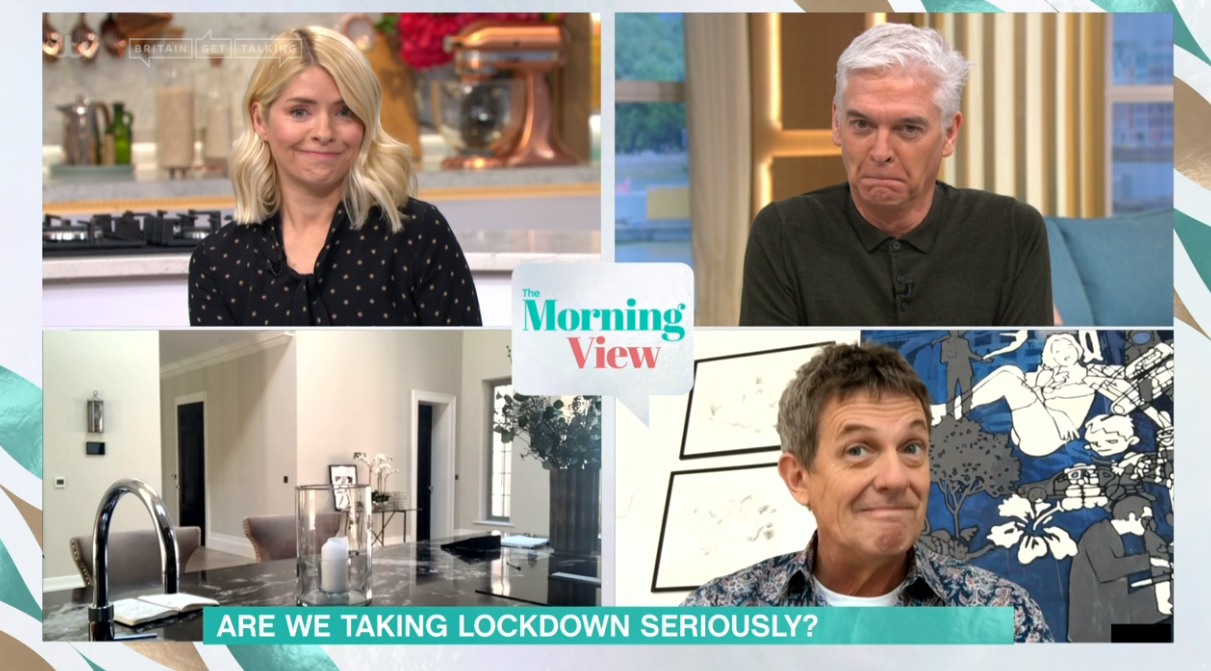 Andrew appeared to not realise the gaffe and host Phillip Schofield stepped in.

Andrew, you've turned your camera round.

Andrew's daughter is then seen running out of another room waving her hands in the air as she came to his rescue.

Andrew said: "Oh I have! Sorry about that. I've got my lovely assistant [his daughter] Georgina, don't worry."

Phil joked: "Thank God someone wasn't sitting naked at the table on the other side of that." 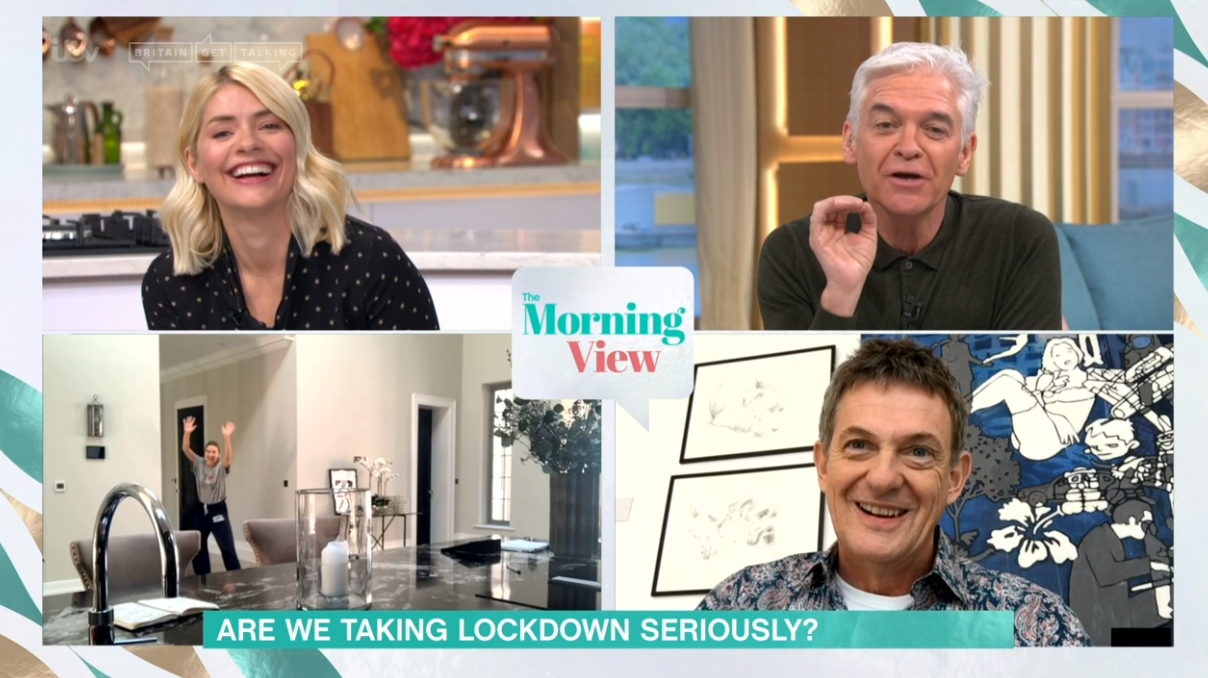 He added: "Serious topic Andrew, if you could possibly switch that round. It's a lovely kitchen by the way."

Andrew then swiftly moved on to what he was speaking about.

However, moments later, he suffered another blunder when his camera went blurry.

Phil said: "What the hell have you done now?!" as Holly Willoughby burst into laughter.

Phil told Andrew: "You've gone blurred now. You've gone behind some sort of bathroom window. I don't know what's going on with that.

"You're providing a lot of fun for us. It's a very serious subject but this is like the comedy show going on here." 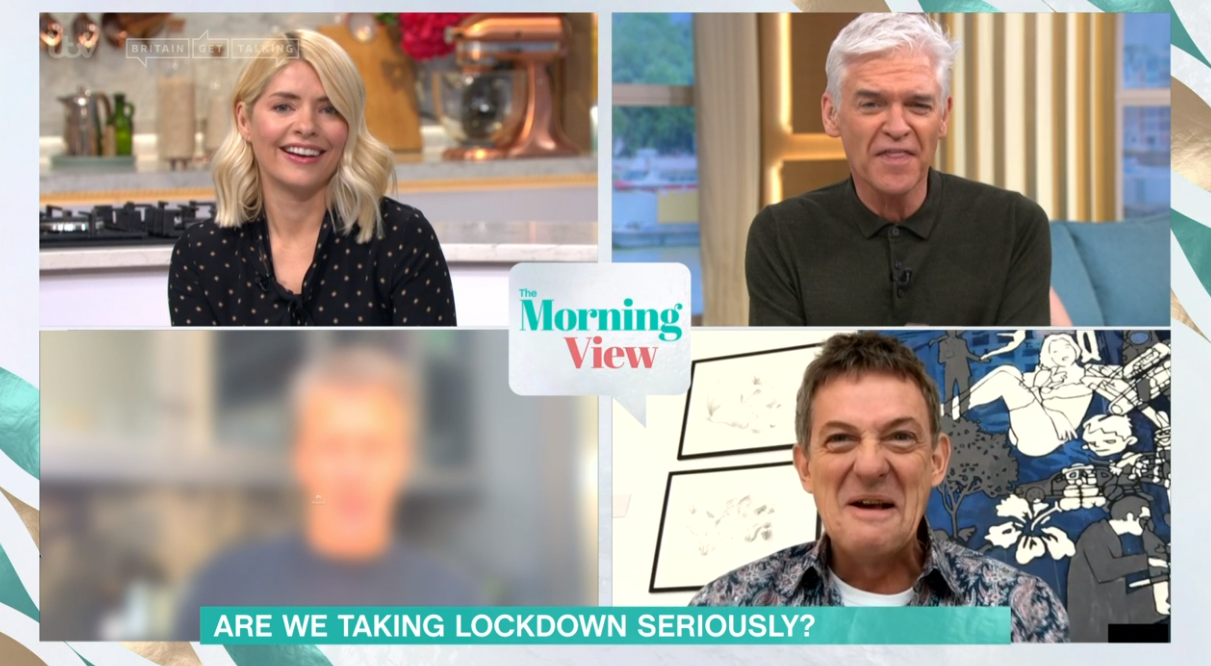 Viewers were in fits of laughter watching the segment at home.

One person said on Twitter: "Crying with laughter at Andrew Castle on #ThisMorning. Has he been taking pointers from @mischiefcomedy for this video chat?"

Another wrote: "I absolutely love Andrew Castle! He's so funny with technology... making light of this awful situation."

A third added: "Andrew is having an absolute mare #thismorning how can he not work a camera phone!? Hahahaha."

Crying with laughter at Andrew Castle on #ThisMorning. Has he been taking pointers from @mischiefcomedy for this video chat?

I absolutely love Andrew Castle! 😂😂 hes so funny with technology ... making like of this awful situation 😂 #ThisMorning

Andrew is having an absolute mare #thismorning how can he not work a camera phone!? Hahahaha pic.twitter.com/NmkCJeVGlW

Meanwhile, during the segment, Matthew admitted he was "very angry" over Brits not self-isolating amid the coronavirus pandemic.

He said: "The reality is, these are extraordinary conditions and we have to stay at home.

"I haven't been out of this house at all now for three days. We're going to walk the dog later, we have a neighbour who walks the dog.

"It's getting to the point where I'm getting very angry about people who aren't self-isolating."

Did you find the blunders funny? Leave us a comment on our Facebook page @EntertainmentDailyFix and let us know.