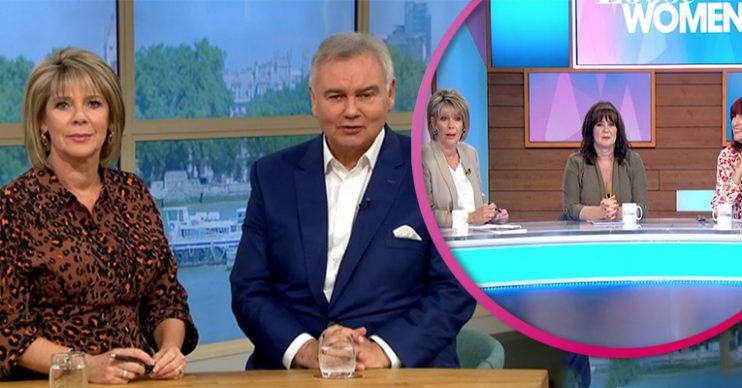 Viewers of Lorraine, This Morning and Loose Women were fuming today when the shows were cancelled to make way for coverage on the General Election.

The daytime programmes were pulled from the schedule after it was announced that the Conservative party managed to secure the majority of seats.

ITV replaced its usual schedule and showed Prime Minister Boris Johnson visit the Queen at Buckingham Palace this morning and other news surrounding the election result.

Good Morning Britain aired an election results special from 6am to 9:25am with Piers Morgan and Susanna Reid hosting.

Julie Etchingham then presented a special programme about the results until 2pm.

I am fed up about hearing about it now I wanted some light entertainment.

However, fans were fuming and slammed ITV for taking the shows off air for politics.

One person said on Twitter: “What! No #LooseWomen?” while another wrote: “Where’s #Thismorning not interested in the CONS party.”

Where’s #Thismorning not intrested in the CONS party

On Facebook, another viewer commented: “Why? I am fed up about hearing about it now I wanted some light entertainment.”

Another added: “Omg why on earth have they taken This Morning off. Sick of listening to election and politics crap.”

On Thursday’s edition of This Morning, hosts Holly Willoughby and Phillip Schofield presented their last show for the Christmas break.

At the end of the programme, Phil told viewers: “Well, that is it from us for today and this year. We’re not here tomorrow because of the General Election coverage.”

Holly continued: “Eammon [Holmes] and Ruth [Langsford] are back with you on Monday, but we hope you have a wonderful Christmas and we will see you in the New Year.”

Read more: Phillip Schofield kisses and puts his arm around Holly Willoughby on This Morning amid ‘feud’ claims

Phil added: “Yes, for a longer show we’ll see you at 10am on Monday, January 6. So, merry Christmas. Bye now!”

The presenter then planted a kiss on Holly’s cheek and wrapped his arm around her.