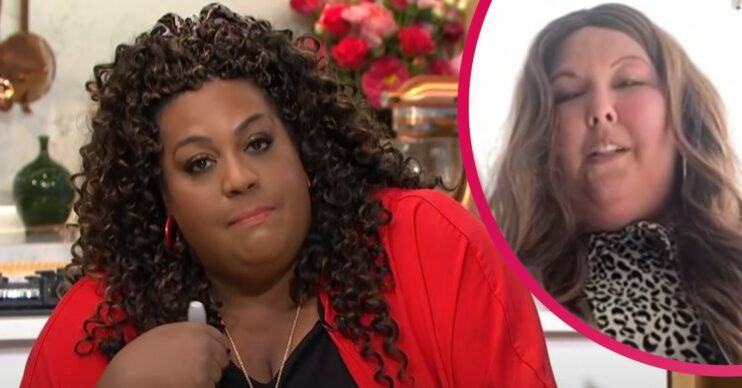 This Morning: Alison Hammond pays tribute to Heather Bone after her death

This Morning competition winner Heather Bone has sadly lost her battle to cancer and Alison Hammond has paid tribute to her.

Alison met Heather on the programme during an edition of Dosh on your Doorstep earlier this year.

At the time, Heather told Alison that she was battling cancer and had just months to live.

Alison said: “God bless Heather on her next journey now, I’m so honoured to have met her. RIP Heather.”

Heather’s family had wrote on her Instagram page: “After a long battle with cancer, mum went in the most peaceful and perfect way last night.

“She always put others first and ALWAYS stayed positive which kept the whole family going.

“On behalf of mum, she was so grateful for the support everyone gave us the past year as it kept her positive.”

Heather was diagnosed with breast cancer in 2019.

She was then given the all-clear just before her 40th birthday last summer. However, just months later, the cancer returned and spread to her brain.

Doctors told her she had just months to live.

Appearing on This Morning in June, Heather won £2,000 in Dosh on your Doorstep and told Alison as well as Holly Willoughby and Phillip Schofield that the money would go towards her farewell party.

Heather explained at the time that she was having a ‘Wake Me Up Before I Go Go’ party.

The event took place in August as Heather was joined by her family and friends.

Speaking on This Morning after the party, Heather said: “It was nice to see people I haven’t seen for quite a long time.

Heather sadly leaves behind her husband Daniel and their two sons.