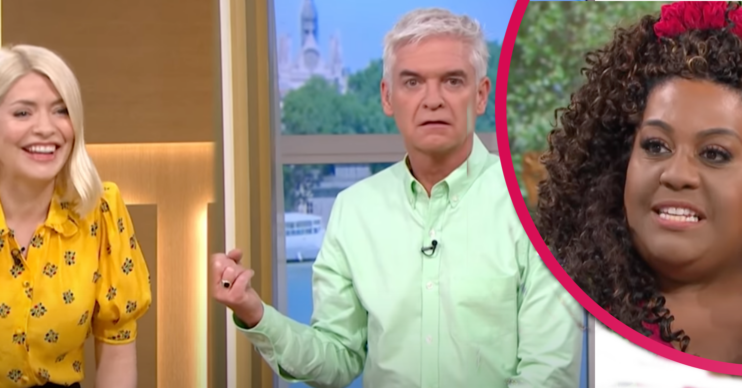 This Morning: Alison and Dermot ‘could be Holly and Phil’s potential successors’

They could be set for big things in the future...

This Morning hosts Alison Hammond and Dermot O’Leary have been a huge hit with viewers.

So much so, that they could be in with a chance of replacing main hosts Holly Willoughby and Phillip Schofield.

But last week they filled in every day while Holly and Phil took a break from work.

Alison and Dermot on This Morning

An insider told The Sun: “There are no firm plans to replace the hosts but producers always keep an eye on potential heirs.

“Alison and Dermot will have been scrutinised during their week-long stint to see how This Morning would look if they took over full-time.”

And the verdict was very favourable.

The source added: “They are very much viewed as a breath of fresh air and have had a largely positive response from viewers.”

What do viewers think of the Alison and Dermot?

Alison and Dermot took over the Friday slot in January after Ruth Langsford and Eamonn Holmes were axed.

Viewers hailed their presenting a success.

One said: “Alison and Dermot I’m already OBSESSED, I love this so much.”

Meanwhile, another fan wrote: “Loving Alison and Dermot on This Morning already, so refreshing!”

When she landed the Friday show with Dermot, Alison said: “I never dreamt that when I first joined This Morning, initially for a few months, that I would still be there 19 years later.

“I genuinely care about the show and the viewers who watch, so it’s a huge privilege and honour to be hosting a show I adore so much.

“I’m just really excited to be doing even more of what I love alongside the lovely Dermot.”

Dermot spoke about their working relationship earlier this month.

He said: “Getting to know her and getting to trust her – our friendship is definitely the highlight.

“It’s lovely how it’s been nurtured over time.”

He added: “I’ve found a sister and a friend, which is nice. Something has really clicked in the last four months.”