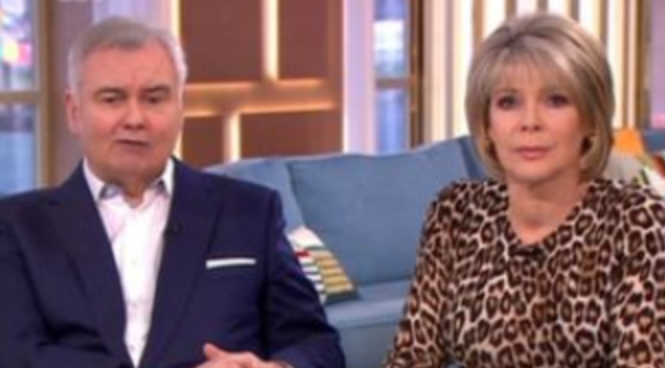 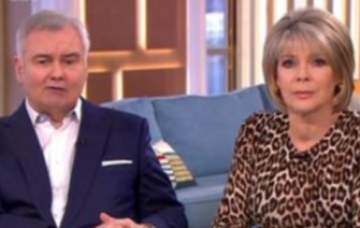 This Morning accused of putting presenter in danger during live broadcast

This looked so dangerous

This Morning viewers voiced concerns for a reporter today after she battled stormy conditions to report from the Blackpool coast.

Katy Rickitt appeared to be struggling to stand upright as enormous waves crashed into her and gales blew during her live report on Storm Eleanor on Wednesday.

She seemed to struggle to keep the hood of her raincoat up as she felt the full force of the treacherous weather conditions while updating viewers on the storm’s progress.

Poor Katy was battered by sea water and howling winds while speaking to Eamonn Holmes and Ruth Langsford, who were safe inside the warm ITV studio in London.

She told them: “I think it’s got worse. This is the worst it’s been and the sea is really kicking off now.”

After she updated viewers on storm warnings, Eamonn told her: “We can hear what you’re saying – just about. Go and get yourself dried out now. Thank you for braving all of that.”

The sheer size of the waves and terrible conditions left viewers concerned about Katy’s safety.

Others felt it was “ridiculous” to report from so close to the waves and somewhat of a ridiculous juxtaposition to warn about the dangers of the storm while standing in a seemingly dangerous position.

One viewer wrote: “Reporters warning us of the dangers of walking by sea walls whilst Storm Eleanor is on, so they’re standing in treacherous weather with their microphones!”

Another said: “Tell your reporter to get herself to safety. Poor girl standing in those waves in Blackpool.”

A third added: “Ur telling people to be careful in the storm, yet u have ur poor reporter stood on Blackpool seafront getting blasted by the waves! Not safe! (sic).” 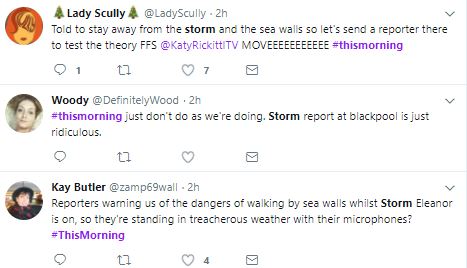 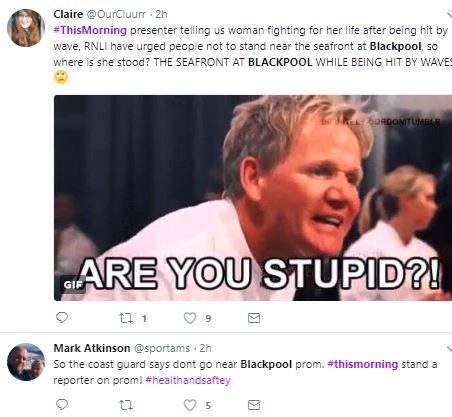 However, while it certainly looked pretty terrifying on TV, reporter Katy has now taken to Twitter to assure This Morning viewers she was safe.

Katy, who is married to Hollyoaks actor Adam Rickitt, said: “For all those watching This Morning, I know it looked bad, but we were only close enough to get sprayed.

“We ensured we were not close enough to get hit by a wave and were higher up than it probably looked.

“Do not take risks guys and remember our backs were being watched.”

Husband Adam, meanwhile, was watching Katy’s report from home and tweeted: “My poor bean getting battered by Storm Eleanor in Blackpool for This Morning just now.”

Then, suggesting he didn’t think she was in any danger, he cheekily quipped: “Bring me back some rock!”

Thousands of homes have been left without power across the UK after Storm Eleanor hit overnight.

The Met Office recorded winds of up to 100mph, while BBC News reports that more than 100 flood warnings have been issued and 78,000 homes have been affected in some way.