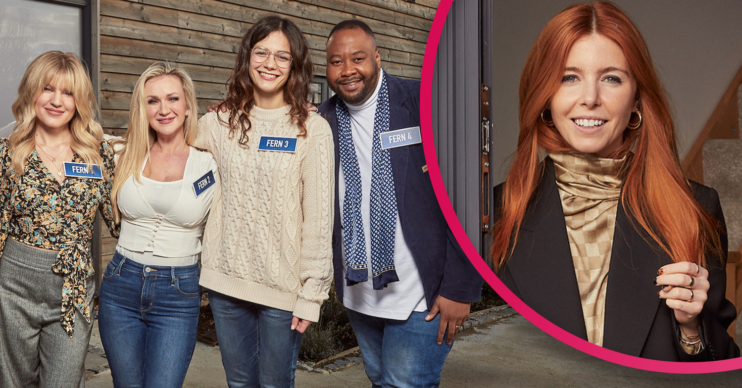 Did you love it or hate it?

Stacey Dooley launched her new show This Is My House on BBC One last night (March 24) and it’s fair to say viewers were pretty divided about whether they liked it or not.

The first episode introduced us to four people all claiming to be called Fern – one of whom was a man.

They all had to convince the celebrity guessers – including Emily Atack and Judi Love – that they lived in an immaculate barn conversion in Ashford, Kent.

Of course, only one of the Ferns was the real owner.

What happened on This Is My House last night?

This Is My House was a laugh a minute, with bickering and in-fighting as the four Ferns tried to convince the panel the house was, in fact, theirs.

Read more: What is This Is My Home about and who are the celebrity panel?

If the real owner managed to convince the judges the house was theirs, they would win £1,000.

At the end, Fern 2 was uncovered as the rightful owner of the house.

I’ve just watched the worst TV in ages. And I absolutely loved it.

However, the celebrity panel picked wrong, naming Fern 4 – a man playing a Fern called Fernando – as the owner of the house.

As such, Fern 2 didn’t win any money, but Fern 4 won a best actor trophy.

What did viewers say about the new Stacey Dooley show?

Stacey fronted the show, which appears to have divided viewers on Twitter.

Some absolutely loved it, some hated it – and some said it was the best and worst TV show they’d ever seen!

Read more: This Is My House star Judi Love reveals near-death experience at a family wedding

Others declared that they couldn’t switch it off and that it was their new guilty pleasure.

Some even hit out at the BBC and said they couldn’t believe their licence fee was spent on the show!

What did Stacey Dooley fans say about This Is My House?

One commented: “Ok so new guilty secret has to be #thisismyhouse. Brilliantly awful; awfully brilliant. Anyone want a fix of absurd ghastly joy, can’t recommend too highly.”

Another added: “This is a guilty pleasure, sorry but I’m hooked.”

A third commented: “I’ve just watched the worst TV in ages. And I absolutely loved it.”

” A nice bit of pandemic escapism with the lovely Stacey Dooley,” said another.

What did the This Is My House haters say?

Some even demand a refund on their licence fee from the BBC.

“The part of my licence fee you used to the make/buy the offensively bad #thisismyhouse… can I have it back, please?” asked one.

Another said: “If the [bleep] #thisismyhouse wasn’t on the BBC it would be funny. But it is, so they used licence fee money to buy/make it, which I find offensive.”

A third agreed and said: “Could somebody @bbc please explain why we pay a TV licence fee for you to put utter dross on like #thisismyhouse Absolutely appalling.”

What did you think of This Is My House? Tell us on our Facebook page @EntertainmentDailyFix.