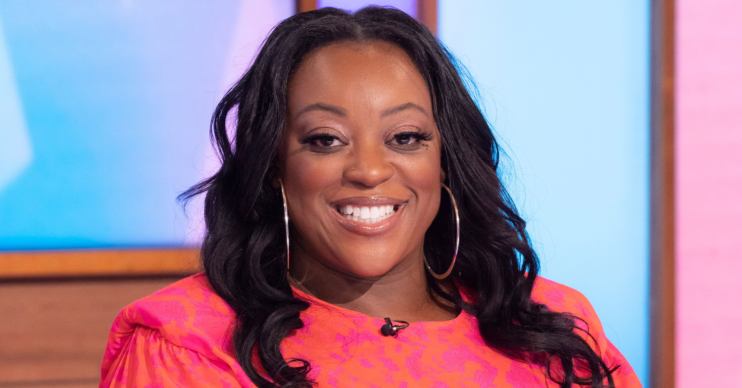 Her life flashed before her eyes!

This Is My House star Judi Love has revealed she almost died at a family wedding.

The incident occurred when she “choked on a piece of meat” – and she added that no one rushed to help her.

However, true to form, the much-loved Loose Women star has revealed that it’s actually one of the funniest things to happen to her.

What did Judi Love say about her near-death experience?

Speaking to the Guardian, Judi revealed the near-death experience.

I properly saw my life flash before my eyes.

She was asked to name the funniest thing that’s happened to her that shouldn’t be funny, and she revealed the choking incident.

Judi revealed: “I fell down a pothole. Or the time I choked on a piece of meat at a wedding.

“I thought I was going to die. I properly saw my life flash before my eyes.”

Then she revealed the lack of help from her family members – and the resulting silent treatment she gave them!

“I had all the aunties in the kitchen looking at me. Why didn’t they help me? I didn’t speak to anyone for a week,” she declared.

What is This Is My House with Judi Love about?

She’s one of the panellists on Stacey Dooley’s new show This Is My House.

On the show, four people claim to be the owner of the same house.

And Judi, along with her fellow celeb panellists, has to figure out who’s lying and who’s telling the truth.

She’ll be joined on the panel by Bill Bailey, Emily Atack, Jamali Maddix and a special celebrity guest every week.

What else has Judi Love appeared on?

As well as Loose Women, Judi was recently seen on Channel 4’s Stand Up & Deliver.

She coached Love Island’s Curtis Pritchard, who raised eyebrows with his rather risqué comedy routine.

Catch Judi on This Is My House tonight (March 24) at 9pm on BBC One.

BBC Judi Love Loose Women This Is My House