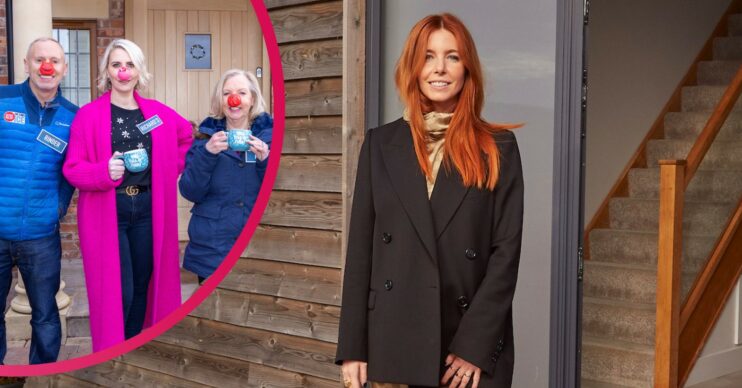 The show was a hit last year

This Is My House is set to return for a second season on BBC One, starting with a Red Nose Day celebrity special tonight (Wednesday, March 16).

However, the new series will be without season one host Stacey Dooley.

So who is hosting instead?

Here’s everything we know about series two so far.

This Is My House returns

This Is My House is back on screens tonight with a special Red Nose Day special on BBC One.

For those who don’t know, This Is My House is a guessing game-style show which turns regular celebrities into investigators.

In every episode, four contestants will claim that a house belongs to them.

Read more: This Is My House on BBC One: What’s it about and which celebs are taking part?

It’s then up to the celebrities to decide which of the four contestants is telling the truth. They have to do so by trying to get as many hints as they can out of the celebrities.

What will happen in This Is My House series 2?

The celebrity panel for series two is yet to be officially announced.

However, it’s expected that there will be a new set of faces on the panel.

This means the likes of Judi Love and Bill Bailey are unlikely to be returning. However, this isn’t a set in stone.

Stacey Dooley, who hosted the first season, won’t be back for series two. However, no reason has been given yet as to why she isn’t returning.

What other changes are in place for series 2?

The first series was six episodes long. However, series 2 will consist of 10 episodes.

But that doesn’t mean that the episodes are staying an hour-long. The show is going to be streamlined for season 2 too, with episodes halved.

This means that episodes will only be 30 minutes long for this season.

Tom Whitrow, an executive producer on the show, spoke about what to expect from series 2.

“We are thrilled to be making the second series of This Is My House for BBC One,” he said.

“We will be dedicating ourselves to building on the success of series one but this time expect more amazing houses, more bizarre humour and tougher gameplay!”

Who is in the first episode of series 2?

This special episode will see eight celebrities on the show – four judging and four acting as contestants.

Read more: This Is My House viewers divided over new BBC show fronted by Stacey Dooley

They are going to have convince judges Harry Hill, Nina Wadia, Claudia Winkleman and Chris Eubank that they own the houses they’re showing them.

The rest of the season will feature non-celebrities as contestants.

We await to see which celebrities will be on the series two judging panel – and who’ll be hosting!

This Is My House: Red Nose Special airs on BBC One and BBC iPlayer at 9pm tonight (Wednesday, March 19).

Will you be watching tonight? Leave us a comment on our Facebook page @EntertainmentDailyFix and let us know!