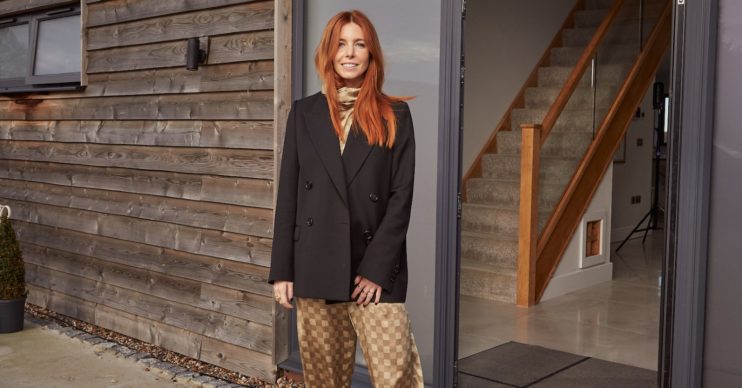 This is My House on BBC One: What’s it about and which celebs are taking part?

This is My House is a brand new series starting on BBC One this week (Wednesday March 24 2021), but what’s it about?

Which celebs take part? And is it like Through the Keyhole?

Read more: How old is Stacey Dooley and is she still with Kevin Clifton?

This is My House on BBC One – what’s it about?

BBC One’s new game show tests the people-reading skills of us viewers – and a celeb panel.

In what can only be described as a cross between Through the Keyhole and Would I Lie to You, five famous faces must guess who is the REAL owner of a house they’ve never seen before.

The first episode introduces us to four people all claiming to be called Fern (including a man).

They must all convince the celebrity guessers that THEY live in an immaculate barn conversion in Ashford, Kent.

Of course, only one of the ‘Fern’s’ is the real owner.

Which celebs take part in This is My House?

It’s up to celebrity judges Bill Bailey, Emily Atack, Judi Love and Jamali Maddix to figure out which so-called home owner is telling the truth.

The foursome will be joined each week by a special guest.

Can they sniff out the imposter?

Laurence Llewelyn-Bowen joins in the fun for the first episode.

Stacey, 34, may be more famous for her hard-hitting documentaries, but she’s well placed to front his light-hearted game show.

The English television presenter, journalist and author became well known in 2008 when she appeared as a participant on Blood, Sweat and T-shirts.

The Queen appointed Stacey a Member of the Order of the British Empire (MBE) in the 2018 Birthday Honours for services to broadcasting.

In 2018, she won the sixteenth series of Strictly Come Dancing with dance partner Kevin Clifton.

The pair are loved-up in real life, too!

Bill Bailey – real name Mark – is a comedian and actor from Bath, who won Strictly in 2020.

In 2003, The Observer newspaper named Bill one of the top 50 funniest acts in British comedy.

The 56-year-old comedian spent years on the stand-up circuit before moving into the world of TV.

He famously appeared opposite Tamsin Greig and Dylan Moran in the comedy Black Books, and portrayed Bilbo Bagshot in Spaced.

Bill has also popped up in Doctor Who, Hustle, Midsomer Murders, In the Long Run and Skins.

He has appeared on numerous panel shows, including as a team captain on Never Mind the Buzzcocks.

Bill has been married to Kristin Bailey since 1998, and they live in Hammersmith with their teenage son Dax.

Judi Love is an English stand-up comedian, presenter and actress.

In 2020, she became a panellist on the ITV talk show Loose Women.

Hackney-born Judi, 40, began comedy when she performed a set in front of her class for a module, in which she revealed the comedic side of caring for her late mother, who had dementia.

In 2011, she made her professional stage debut with a show titled Laughter is Healing.

Judi also appeared on Celebrity Masterchef in July 2020 and made it to the final.

She has two children.

Jamali Maddix is an English stand-up comedian who won the Chortle Student Comedian of the Year award in 2014.

Hate Thy Neighbor shows Jamali on tour, where he interviews members of hate groups such as NSM, Azov, Nordic Youth and the Black Hebrew Israelites.

He appears in the current series of Taskmaster.

Previously, he starred in sitcom Outsiders as a version of himself.

Jamali is also a regular on comedy quiz shows including The Last Leg and 8 Out of 10 Cats, and has even popped up on Celebrity Antiques Road Trip!

The 31-year-old is perhaps best known for playing Charlotte Hinchcliffe in the E4 comedy series The Inbetweeners.

The comedian, actress and presenter is also known for her various roles in Keith Lemon’s shows – including Lemon La Vida Loca, The Keith Lemon Sketch Show and The Keith & Paddy Picture Show.

She came runner-up in 2018’s I’m a Celebrity… Get Me Out of Here! and went on to co-host I’m a Celebrity: Extra Camp alongside Joel Dommett and Adam Thomas.

She’s been a team captain on Celebrity Juice since 2020, alongside Laura Whitmore.

In 2020, she wrote and starred in her own sketch show called The Emily Atack Show.

Laurence L-B, 55, is an interior designer best known for his appearances on the BBC’s Changing Rooms.

After his flamboyant style (and often controversial transformations) won him lovers as well as haters, he went on to judge the ITV reality series Popstar to Operastar in 2010.

He is married to Jackie and they have two children.

This is My House episode two

From the first sight of the four players, the panel are instantly thrown by a familiar face…

While the path to the truth is obscured by another Michael’s inability to remember anything about his own life.