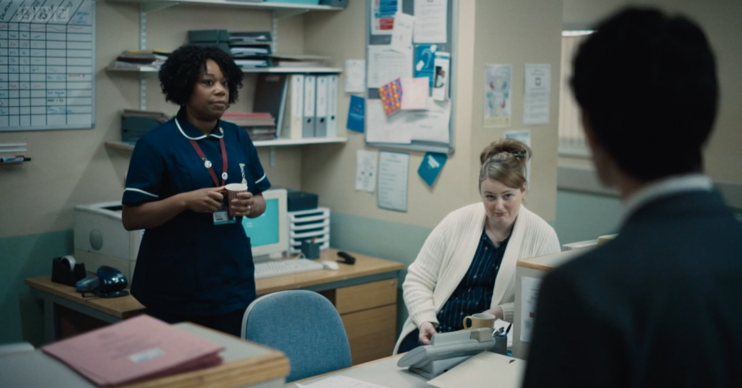 This Is Going to Hurt: Who plays Ria and what has she been in before?

Actress Phillipa Dunne has starred in a host of top comedies!

Ria in This Is Going to Hurt may be a peripheral character but she packs a punch whenever she’s on-screen.

Who is Ria in This Is Going to Hurt?

This Is Going To Hurt is the acclaimed new BBC One comedy drama starring Ben Whishaw.

He plays Adam, a young man working his way up in the NHS while trying to come to terms with the long hours and stress of it all.

Read more: This Is Going to Hurt on BBC One: How many episodes is it and is it a true story?

Also in the cast is Irish actress Phillipa, who plays receptionist Ria.

Although she doesn’t occupy many scenes, Ria manages to make her presence – and normally displeasure known.

How old is Phillipa Dunne?

You should never ask a woman her age! It appears Phillipa is keen to keep her age to herself – and who can blame her in the showbiz world.

Who does Phillipa Dunne play in Motherland?

She struggles to bond with the other ‘alpha mums’ and the rest of the group, which includes Anne, Phillipa’s character.

Anne appears to be a timid, ditzy Irish woman on the surface – but her heart is in the right place, unlike most of the others.

As Clare’s mother, Geraldine had to deal with her daughter coming out as gay.

Who is Phillipa married to and does she have children?

Although we don’t know if Phillipa is married or not, she told The Six O’Clock Show that she was pregnant during the first Covid lockdown in 2020.

She said: “In a weird way it worked out to be perfect timing for me because I was always worried how I would work while being pregnant.

“And of course when being pregnant coincided with the lockdown that worry was taken away from me.

“So I kind of see myself as fortunate [for] that positive distraction and all I had to do was focus on staying well.

“I didn’t let work bother me at all which was kind of a funny relief because I spent so many years worrying about work and the next job like many actors.

“It worked out perfectly for me which I feel bad for saying but it did.”

Are you enjoying Ria and the rest of the This Is Going to Hurt cast? Leave us a comment on our Facebook page @EntertainmentDailyFix and let us know.

Ben Whishaw Derry Girls Motherland This Is Going To Hurt