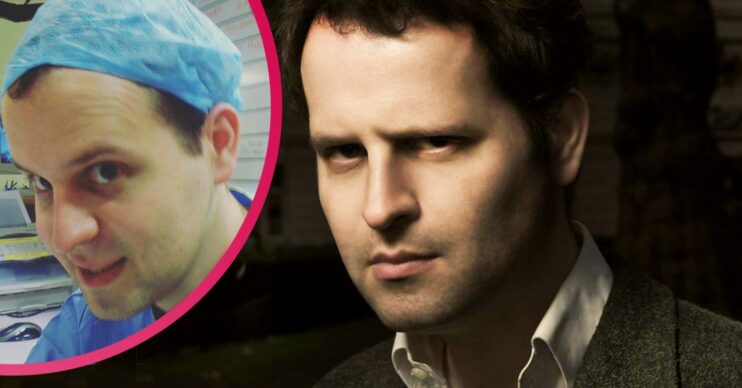 This Is Going to Hurt: Who is Adam Kay, why did he quit as a doctor and where is he now?

His diary is a multi-million-best-selling book

Adam Kay’s memoirs This Is Going to Hurt have been turned into a new BBC One series of the same name – but who is he?

Why did he quit his job as a doctor, and where is he now?

His diary became a global bestseller, and catapulted him to notoriety.

Here’s everything you need to know about Adam Kay.

Read more: This Is Going to Hurt on BBC One: How many episodes it is and is it a true story?

Who is Adam Kay?

Adam Kay followed in his Jewish father’s footsteps and trained to become a doctor.

He studied medicine at the Imperial College London, and graduated in 2004.

However, during his time at medical school, Adam Kay also started performing in drama shows and juggled both of his passions.

While at medical school, he founded the musical comedy group Amateur Transplants and wrote for BBC Radio 4.

Adam Kay subsequently worked as a doctor for the NHS between 2004 to 2010.

After quitting, Adam dedicated his time to comedy writing and stand-up.

Why did Adam Kay quit as a doctor?

Adam Kay worked as an obstetrics and gynaecology trainee doctor for the NHS between 2004 to 2010.

He wrote textbooks on the subject at the same time as working.

He quit his job after a caesarean section went horribly wrong on a shift when he was the most senior person on the ward.

She was subsequently taken to the intensive care unit.

The baby tragically died and the mother was forced to have a hysterectomy.

When he tried to write up his operation notes, Adam cried for an hour.

He continued working as a doctor for a while without laughing, he recalls.

Adam eventually left medicine for a career in writing.

Read more: This is Going To Hurt on BBC One: First-look images with Ben Whishaw released

Where is Adam Kay now?

Adam Kay is now a full-time writer and stand-up comedian.

His television writing credits include Crims – which he created – Mrs. Brown’s Boys, and Partners in Rhyme.

Of course, he is best known as the author of the number-one bestselling book This Is Going to Hurt.

The memoir of his time working for the NHS has sold over 2.5 million copies to date, and has been translated into 37 languages.

Adam has now adapted his memoirs into a seven-part series for BBC One starring Ben Whishaw as himself.

He’s the writer, creator and executive producer of comedy-drama series This Is Going to Hurt.

Adam’s new book Undoctored will be out in September 2022.

What has he said about BBC One drama?

Adam Kay says This Is Going to Hurt is “the story of a junior doctor in obstetrics and gynaecology (or brats and twats as it’s known) and the huge impact this job has on his life – both at home and at work.”

He adds: “Ultimately, the show is a love letter to the NHS – to my mind the country’s single greatest achievement.

“The NHS only exists because of the 1.4 million people who work there, going far beyond the call of duty to keep the rest of us on the road.”

A rare picture of me as a doctor, circa 2007. Talking of me being a doctor, can you please order my new book TWAS THE NIGHTSHIFT BEFORE CHRISTMAS. Out in four days, then hopefully I can stop banging on about it. https://t.co/iIP2h5yMqd pic.twitter.com/mnErlqWKiE

How old is Adam Kay and where is he from?

He is currently 41 years of age.

Comic Adam has sold out for six years at the Edinburgh Festival Fringe.

He has also had sell-out nationwide UK tours, including his 2018 tour of This Is Going to Hurt.

He performs regularly at music festivals including Latitude.

Fans can see him next on his This Is Going to Hurt… More tour in September.

His biggest tour ever will include stories from his new book, Undoctored.

Adam Kay husband – who is his partner?

Adam is openly gay and married to husband James Farrell.

His talented hubbie James is a TV executive, and currently working as executive producer on HBO’s prequel to Game of Thrones.

James also worked as an executive producer on This Is Going to Hurt.

Adam and James live in Oxfordshire, with their Airedale terrier, Pip.

Will you be tuning in to This Is Going to Hurt on BBC One? Leave us a comment on our Facebook page @EntertainmentDailyFix.

Adam Kay BBC One Ben Whishaw This Is Going To Hurt