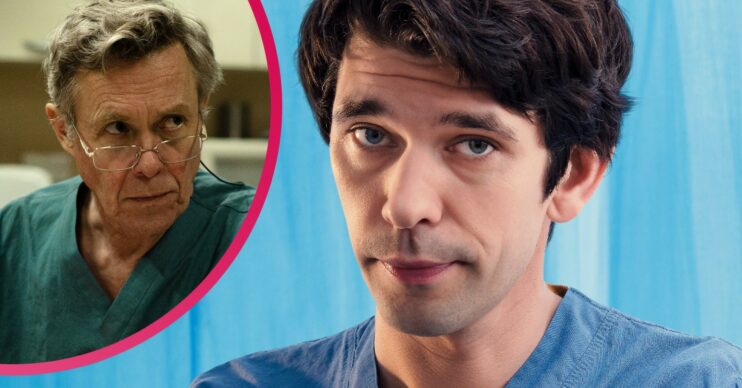 This Is Going to Hurt on BBC One: How many episodes is it and is it a true story?

Ben Whishaw stars as Adam in this funny adaptation

This Is Going to Hurt starts on BBC One this week – and the episodes are every bit as tender and funny as the book it’s based on.

Ben Whishaw stars as the main character in the new medical drama, and is typically brilliant in the role.

The series is worth watching for Ben alone.

Why hasn’t he got an OBE after his name yet? Queenie, are you reading this? (Of course you are! Hi!).

But who else stars in the series, how many episodes is it and is it based on a true story?

Read more: This is Going To Hurt on BBC One: First-look images with Ben Whishaw released

What is This Is Going to Hurt about on BBC One?

This Is Going to Hurt is a painfully funny, heartbreakingly honest series set in an NHS labour ward.

Ben Whishaw stars as Adam, a junior doctor working in obstetrics and gynaecology.

The black comedy follows his life juggling a tremendously difficult job, with an every decreasing social life.

You’ll be laughing one minute and hiding behind a cushion the next.

This Is Going to Hurt is blisteringly funny and frequently heartbreaking.

It provides a stark reminder of the vital role played by the NHS.

In the first of the This Is Going to Hurt episodes, we see Adam treating a racist pregnant woman who refuses to have her baby delivered by fellow doctor Shruti…

But Adam gets his own quiet revenge.

Ben said of the role: “It’s an honest, hilarious, heartbreaking look at the great institution and the army of unsung heroes who work there under the most stressful conditions.”

This is Going to Hurt episodes – is it a true story?

This Is Going to Hurt is an adaptation of Adam Kay’s memoir.

It’s a ridiculous rollercoaster diary of a doctor’s life.

We know junior NHS doctors have a tough time, but Adam Kay’s bestselling memoir made it clear just how tough.

Here, Adam Kay has adapted the book, into a drama.

He left the profession for a career in writing.

Adam is now known as a comedy writer, author, and comedian.

Read more: What are the best drama box sets currently on BBC iPlayer?

This is Going to Hurt episodes – how many parts is it?

This Is Going to Hurt is seven episodes long.

An unusual amount for a TV series!

Each episodes is 45 minutes long.

This Is Going To Hurt start date – when’s it on?

This Is Going to Hurt starts on Tuesday February 08 2022 at 9pm on BBC One and BBC iPlayer.

It will continue every Tuesday thereafter.

This Is Going to Hurt cast – who stars in the BBC One drama?

Frankly the cast is sublime.

BAFTA award-winning Ben Whishaw plays Adam in the This Is Going to Hurt episodes.

You’ll recognise Ben from the likes of TV series London Spy, Fargo and A Very English Scandal, as well as films including Mary Poppins Returns, and Cloud Atlas.

If course, Ben plays Q in the James Bond films, and voices Paddington Bear in the Paddington movies.

Whishaw is joined by newcomer Ambika Mod as Shruti, a young junior doctor just starting in obstetrics and gynaecology.

The role is Ambika Mod’s most notable TV role to date.

Previously she starred as Usher in Trying, and Samantha in The B@it.

The actress is simply brilliant – and so awful! – as Lady Caroline Collingwood in Succession.

She’s also known for her roles in Killing Eve and The Crown.

Ashley McGuire – aka This Country’s Mandy – plays Miss Houghton, a formidable and forthright consultant who spots potential in Shruti.

EastEnders fans might recognise Michele Austin from her role as Gloria Macdonald in 2010 and 2016.

Last but by no means least is actress Phillipa Dunne, who plays Ria.

Motherland fans will adore her for her long-suffering role as Anne.

Will you be tuning in to This is Going to Hurt on BBC One? Leave us a comment on our Facebook page @EntertainmentDailyFix.