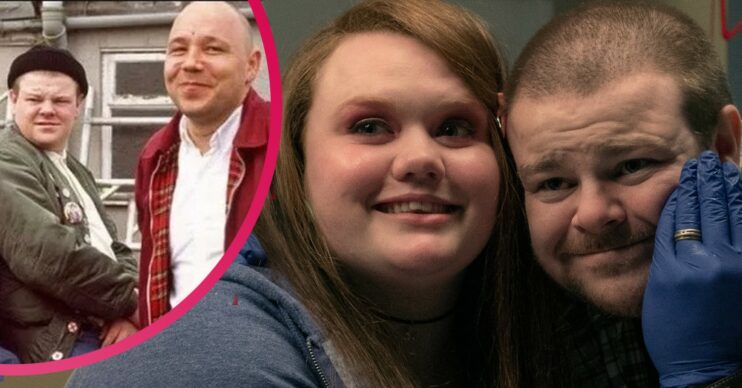 This Is England cast member Andrew Ellis pops up in This Is Going to Hurt as expectant dad Carl – where are the rest of the cast from the iconic Channel 4 show now?

The film and subsequent series launched the careers of several working-class actors on our TV screens today – including some of Britain’s finest.

So where are the This is England cast now? Read on to find out!

This is England cast now: Andrew Ellis as Gadget

Andrew Ellis portrayed Gary Flowers, aka Gadget, in the 2006 film This Is England – and it was his first ever role.

Read more: Trigger Point viewers would have switched off already if it wasn’t for Vicky McClure

Gadget joined the National Front with Combo and the others, but only seemed to join the group in an attempt to fit in.

He later became more of a comic character and, in the 2015 series, he was heavily influenced by Madchester and The Stone Roses.

Manchester-born actor Andrew Ellis is now 31 years of age, and appears in episode two of the excellent drama series This Is Going to Hurt on BBC One.

He stars as Carl, who takes his girlfriend to obstetrics and gynaecology because of a ‘surprise’ lodged in her vagina.

Before that, Andrew portrayed Lee McDermott in the 2019 TV series Clink.

He reunited with his This is England co-star Stephen Graham (who played Combo) in the short film Boiling Point.

Andrew has also starred as Fat Hood in the 2010 TV series Schizo Samurai Shitzu, Jonno in The Royal, and Jason Wells in Casualty.

This Is England cast now: Vicky McClure as Lol

Vicky McClure appeared in This Is England right from the very beginning as suedehead girl, Lol.

And just look at Vicky now – she’s one of the most recognisable actresses in the UK, and wouldn’t you just know it, she’s on our screens right now.

But you can’t talk about Vicky McClure without talking about Line of Duty.

It was Vicky’s big break after This Is England, and the show that catapulted her to international fame.

Her next project is another ITV thriller, Without A Sin.

Away from the camera, she’s engaged to producer Jonny Owen and lives in her hometown of Nottingham.

This Is England cast now: Stephen Graham as Combo

Is there a harder working or more acclaimed actor than Stephen Graham in the UK right now?

That’s not even mentioning chef movie Boiling Point (all shot in one take), and an appearance in Marvel blockbuster Venom: Let There Be Carnage.

But what we’re really looking forward to is Stephen’s appearance in the final, upcoming series of Peaky Blinders.

Oh, and we should mention that Vicky and Stephen reunited in series five of Line of Duty.

This Is England cast now: Joseph Gilgun as Woody

Playing the lovable Woody in This Is England, Joseph – originally a child star in Coronation Street, where he played tearaway Jamie Armstrong between 1994 and 1997 – became a real talent.

He went on to star in E4 superhero-with-a-difference series Misfits and US supernatural adventure show Preacher.

But he has, in the past few years, been in Sky comedy show Brassic, alongside Michelle Keegan, which he created and also executive produces.

Joseph has just completed filming series four, so expect that later this year.

This Is England cast now: Thomas Turgoose as Shaun

Although This Is England featured an ensemble cast telling multiple stories, it was arguably Thomas’s character Shaun who was the star of the show.

Since This Is England, 30-year-old Thomas’s last big job was in Sky sci-fi series, Intergalactic.

Fans can also see Thomas when he reunites with This Is England creator Shane Meadows in BBC period crime drama, The Gallows Pole.

Away from the camera, Thomas became a dad for the first time at the tail end of 2021.

He and wife Charlotte welcomed a little boy.

This Is England cast now: Chanel Cresswell as Kelly

Chanel put in a stunning performance as Lol’s sister, Kelly.

In fact, she won a BAFTA TV Award in 2016 for Best Supporting Actress after This Is England ’90.

When it comes to her personal life, Chanel is in a relationship with footballer Aden Flint.

Jack appeared in the first film of This Is England, as skinhead Pukey Nicholls.

However, despite not appearing in the final two TV series, Jack has gone on to huge successes.

After appearances in Waterloo Road and Holby City, Jack became a star thanks to his role in Channel 4 teen drama, Skins.

He reunited with Stephen Graham in 2021’s The North Water, and he’s about to appear in Peaky Blinders creator Steven’s Knight’s SAS: Rogue Heroes on the BBC.

That will appear some time this year.

Playing Shaun’s mum in This Is England, Jo was last seen in Ricky Gervais’s Netflix comedy-drama, After Life.

In the hit series, she played June, who worked at the paper and was Lenny’s girlfriend.

Her next project is the film Swede Caroline, where she appears alongside the likes of Aisling Bea and Faye Ripley set around the world of competitive vegetable growing.

She also recently appeared in BBC comedy The Cleaner with Greg Davies.

This Is England featured so many young actors who went on to greater things.

Michael Socha – who played Bully – went on to appear in the likes of Being Human, Chernobyl and last year’s Time.

Read more: This Is Going to Hurt branded ‘best series in a long time’ by viewers

Elsewhere, Johnny Harris (who played Mick in the three TV series) is reuniting with Vicky McClure in ITV thriller Without A Sin.

But others – such as Andrew Shim (Milky) and Rosamund Hanson (Smell) – have been quiet once This Is England ’90 was completed.

Are you a fan of This is England? Leave us a comment on our Facebook page @EntertainmentDailyFix.