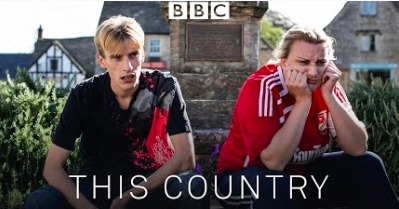 This Country to end after the third series

The third series begins next month

Cult comedy This Country is to end after the forthcoming third series.

The BBC mockumentary – which stars siblings Charlie and Daisy May Cooper as cousins Kerry and Lee ‘Kurtan’ Mucklowe – will come to a close after the upcoming season, which begins next month.

Read More: This Country’s Daisy May Cooper transforms as she marries in Cotswolds ceremony

However, some fans have been left devastated after hearing the news.

N0 THIS CANNOT BE THE LAST SERIES!!!

IT’S AMAZING, WE HAVE TO HAVE MORE!

But another has high hopes the final series will go on forever.

They tweeted: “Final? Noooooooooo. It best be like 100 episodes long! (sic)”

After first springing to screens in 2017, the comedy series follows the cousins on their lives in rural Britain.

The show won two BAFTAs in 2018, for Best Scripted Comedy, and Daisy nabbed an award for Best Female Comedy Performance.

The cast were left heartbroken last year following the death of 33-year-old co-star Michael Sleggs – who played Slugs in the series – after he lost his battle with a long-term illness.

Daisy and Charlie previously opened up on his death and how it was hard to film the upcoming series without Michael.

It’s me wedding tommorrow and this one was going to be one of my bridesmaids in a white suit. 😢 I miss you so much and I will miss you so bloody much tommorrow. Thank the lord for slugs x

Charlie said: “It was tough having to do it without him because he’s such a huge part of the show both on-screen and behind-the-scenes.

“He embodied the spirit of the whole thing, so his absence was really hard. He had such a great sense of humour.”

Daisy added: “He definitely wanted to be in it. He wanted it to be funny.

“His family really wanted that and [said] that we should mention it [his death] in a funny way. I hope that we’ve made him proud.”