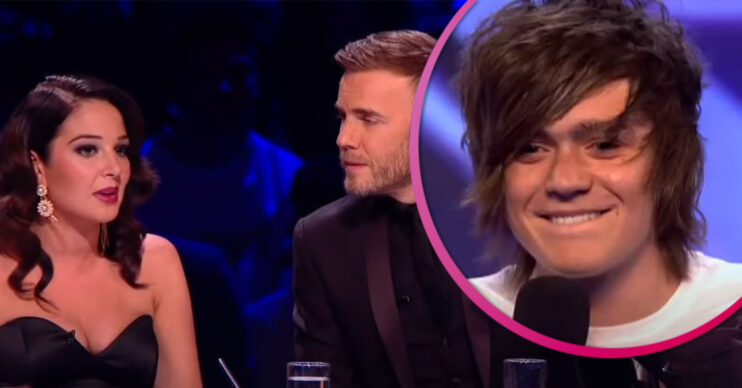 As the show ends after 17 years, here are some of its biggest controversies

Following news The X Factor has been cancelled by ITV after 17 years, we’re looking back at some of the show’s most controversial moments.

The huge singing talent contest hit our screens in 2004 and promised to turn regular people into pop stars.

Stars such as Little Mix, Olly Murs and Stacey Solomon all got their start on the show, as well as many singers who we, well, never really heard from again.

But like all good reality TV, the show has had its share of shocking moments – from feuding judges to drug scandals to claims the show is rigged.

Read on for some of the X Factor‘s most controversial moments.

Frankie Cocozza gets kicked off for allegedly using cocaine (2011)

Frankie appeared on 2011’s X Factor and quickly made a name for himself due to his bad attitude and questionable behaviour – including bragging about having the names of the girls he’d slept with tattooed on his bum.

Read more: The X Factor cancellation: Fans divided after ITV says it has ‘no current plans’ to bring it back

Things got out of hand, however, when it emerged the singer had allegedly used cocaine and he was booted off the show. He later admitted he had been “an idiot”.

Rage Against The Machine beats Joe McElderry to Christmas No. 1 (2009)

Before streaming counted towards album sales, the winner of X Factor failed to surprise us each year when their first single went straight to the top of the charts.

Sick of how unoriginal this was, and accusing the X Factor of churning out manufactured pop stars, a group of people online started a campaign to get Rage Against The Machine’s ‘Killing In The Name’ to the top spot in 2009.

The campaign became successful, beating that year’s winner Joe McElderry to No.1 spot by 50,000 units.

In response to his loss, Joe said: “It’s dreadful and I hate it. How could anyone enjoy this? Can you imagine the grandmas hearing this over Christmas lunch?

“I wouldn’t buy it. It’s a nought out of ten from me. Simon Cowell wouldn’t like it. They wouldn’t get through to boot camp on The X Factor – they’re just shouting.”

Longtime UK judge Cheryl took a brief detour to the US in 2011 with plans of being a judge on the American version of the show.

However, she ended up being axed as a judge on the show by Simon Cowell before it had even aired.

All sorts of rumours emerged explaining why – from a US audience not understanding Cheryl’s Geordie accent to the singer having ‘lost her confidence’ after her divorce from Ashley Cole.

Later, Cheryl admitted Simon was “right” to fire her from the show as she “wasn’t well in the head”.

Dannii Minogue joined X Factor as a judge in 2007 and it wasn’t long before her and Sharon Osbourne weren’t getting along.

“I feel bad for her because she knows she’s [on the show] for her looks,” Sharon said about Dannii on the Graham Norton Show in 2007.

She later said working with her was “intolerable” and her personality was “very dark”.

“I think [Sharon’s dislike of me] was something to do with me being an ‘annoying mosquito and I should be squashed’,” Danni said in 2019. “It was a lot more graphic than ‘I don’t like you’. I still don’t really know why.”

Tulisa Contostavlos and Gary Barlow had a strained relationship as judges on the show at times.

Things finally came to a head during one episode when Tulisa insulted Gary over his choice to keep letting his contestant “destroy” classic 80s songs on the show.

Gary’s response? He said: “I don’t know what’s offended me more, what you’ve said or your fag ash breath.” Ouch.

Misha B bullying and racism claims on The X Factor (2011)

2011 X Factor contestant Misha B was one of the early favourites to win the show, but ended up coming in fourth place.

She later accused judge Tulisa of ‘bullying’ and ‘racism’ while on the show, with the judge telling Misha: “You being so feisty can come across quite mean.”

She also accused the producers of manipulating her storyline to make her seem like a ‘bully’.

“They saw an opportunity to tear down a black girl that came from a broken home and worked together to assassinate my character and to sabotage my career by orchestrating lies,” she claimed.

Tulisa later apologised for “calling her out publicly like I did”, but called Misha’s claims of racism “ludicrous”.

Jake Sims was part of the group Stereo Kicks on the 2014 show but faced controversy when a nude photo of him leaked online, allegedly with the caption: “Here’s my nude, lol. Yolo (sorry if you see this mum).”

That was awkward enough but not long after he made headlines again for tweets which referenced his alleged drug use.

A source close to the star claimed: “The tweets about crack are actually references to song lyrics and he has never smoked or sold crack.”

Surprise winner Leon Jackson beat Rhydian Roberts in the final of the 2007 show, but some viewers called it ‘fixed’.

Viewers claimed that when they had called to vote for Rhydian they had been unable to get through.

Over 1,000 people complained to Ofcom alleging that their votes had not counted and the final result wasn’t accurate.

The show took the unusual step of revealing its voting figures to explain the matter, saying that Leon had beat Rydian by 10% and thus had won “fair and square”.

In 2007, teenage contestant Emily withdrew from the competition after a video became public of her “happy slapping” another young girl.

The video allegedly showed her grabbing the girl in a headlock, swinging her around and then throwing her on the floor.

In response, Emily left the show “with immediate effect”.

X Factor loves a contestant with a heartbreaking back story, but all wasn’t quite as it seemed with contestant Anton Stephans.

The 2015 contestant claimed he felt “scarred” after being taken away from his biological parents and put into foster care before being adopted.

However, a source that’s allegedly close to his actual biological parents claimed Anton made up the story to give him a better shot on the show.

They told The Sun: “Anton wasn’t adopted, if he was he’d have adopted parents. No one knows why he is saying things like that. It’s all rubbish. He has been telling stories like this for years and it has finally close back to bite him.”

Anton said he was “hurt” by the claims he lied.

Which of X Factor’s most controversial moments is your favourite? Head to our Facebook page @EntertainmentDailyFix and tell us what you think.