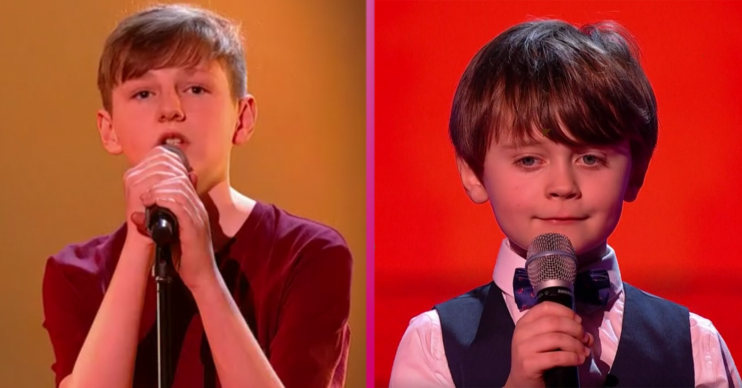 12-year-old Irish lad sang I Have Nothing

The Voice Kids returned to ITV this evening, and viewers were delighted to have a big entertainment show back.

But the very first act reduced many to tears as 12-year-old Dara performed Whitney Houston’s I have nothing.

The boy, from Ireland, revealed he had only started singing three years ago and was so shy about his voice he got his teacher to tell his mum!

There was no doubting Dara’s talent though as he belted out a flawless performance and had all four coaches Pixie Lott, Paloma Faith, Will.i.am and Danny Jones begging to work with him.

The Voice Kids’ Dara had viewers in tears

Never watched #thevoicekids and just heard one of my favourite songs & it actually made me cry. Whitney Houston – I have nothing. 😢 😢 He was great!!

Already bawling my eyes out at #thevoicekids

#thevoicekids #thevoice wow what a way to open the show. DARA brilliant, had me in tears x

Dara eventually decided that he would be like to work with Paloma Faith.

There was a change of tone with the next act, as seven-year-old Jimmy swaggered onto the stage.

The charismatic youngster belted out a super-confident rendition of Blur’s Parklife.

When Pixie Lott and Danny Jones turned for him, Jimmy decided he would choose who to go with based on the winner of Rock, Paper Scissors. Danny won!

Viewers were bowled over by the lad’s personality.

Jimmy steals the show on The Voice Kids

#TheVoiceKids Jimmy is just ace. He’s so full of confidence but not precocious at all. He’s surely got a brilliant career ahead of him, be it as a singer or working in some form of entertainment.

Oh my gosh! Jimmy is the cutest, HILARIOUS!!!😂👍🏾 perfect song for him, he looks a bit like Alex from Blur.
Rock, paper, scissors 😂 good 1 little man👏🏾👏🏾👏🏾 #TheVoiceKidsUK #TheVoiceKids

Are you enjoying the show? Leave us a comment on our Facebook page @EntertainmentDailyFix and let us know.