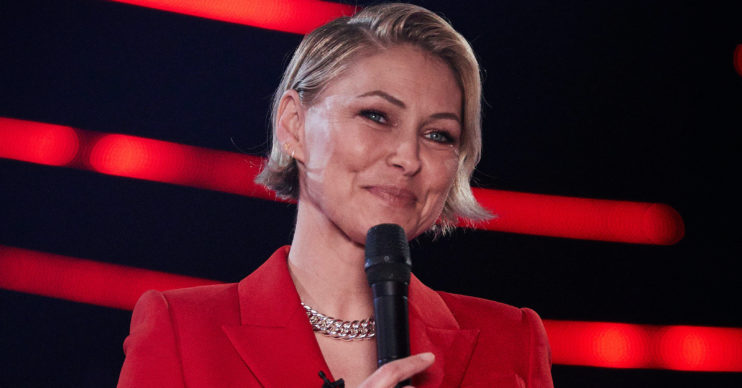 The Voice Kids Final: Emma Willis teary-eyed at Will.i.am’s comments about Victoria and being a dad

It left Emma and viewers teary-eyed

Host of The Voice Kids Emma Willis was left teary-eyed as judge and coach Will.i.am made a sweet confession about Victoria and being a dad.

After performing with contestant Victoria, Will.i.am shared some broody thoughts.

The 45-year-old musician said: “I’m 45, never thought about kids, but if I did I would really want a kid like Victoria, that would be awesome.”

Host Emma was left visibly emotional and said she needed a moment before returning to presenting the ITV show.

However, it wasn’t just Emma Willis that was left welling up. Many viewers at home got emotional too.

One viewer shared on social media: “THERE’S SOMETHING IN MY EYE.”

Another added: “Awww!!! Victoria has made Will all broody. So sweet.”

Other viewers found it made them broody too:

#TheVoiceKidsUK @iamwill #whereisthelove right here!
Will, when he said he hadn’t considered having children until now. Please be still my beating ovaries. 💙 pic.twitter.com/I31FLwaHlk

When @iamwill has kids they will be coolest kids ever but they will have the coolest dad ever!#TheVoiceKidsUK

The comments came after Will.i.am performed with his finale contestant Victoria. At aged eight, Victoria is the youngest ever finalist.

She performed a solo track, showing off her vocal range to Alicia Keys Girl On Fire before taking to the stage with mentor Will.i.am.

The pair sung the iconic Black Eyed Peas track ‘Where is the love’, before Will.i.am made his heartwarming confession.

What else happened on The Voice Kids?

Viewers tuned in to see which child superstar would be crowned winner of The Voice Kids, and they were not left disappointed with an array of stellar performances. Yet it was singer Justine Afante who took home the winner title.

She had been competing against George Elliot, Victoria Alsina and Dara McNicholl in front of the ITV show’s first-ever virtual audience, due to lockdown measures.

As winner, she joins Jess Folley, Daniel Davies and Sam Wilkinson in The Voice Kids UK winners hall of fame.

Not just winning the title, she is also rewarded with a dream holiday to Orlando, Florida.

When the important winner news was delivered, Justine fell to the floor in tears and admitted that she couldn’t believe she had won.

Asked whether she was ok, Justine replied: “No, I can’t breathe!”

She continued: “I am in so much shock. They were all so good and I didn’t think I was going to be the winner.”