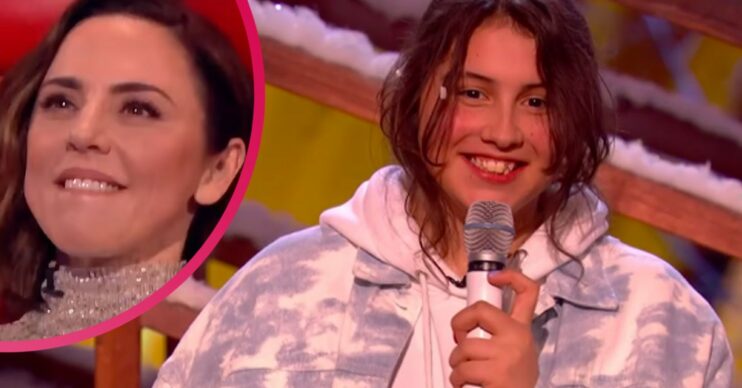 The Voice Kids viewers cannot get over this year’s prize.

Over the past three brilliant nights, an array of children from across the country took to the stage in a bid to impress the coaches.

This year’s winner was Torrin, who was part of Mel C’s team and marked her first time winning the show.

Torrin said: “It just feels totally incredible and thank you to Melanie because I wouldn’t be here without you!”

Previous winners of the show have scored some money toward their music education, as well as a family holiday.

Read more: The Voice Kids UK 2021 coach Mel C had quite the love life in her Spice girl days!

However, this year Torrin won Disneyland Paris to celebrate its 30th anniversary.

“Now before we reveal the name of our winner, I do have one very small announcement still to make and that is: whatever the result this evening, you will all be going to Disneyland Paris,” Emma Willis told the contestants.

Read more: The Voice Kids viewers all have the same criticism ahead of tonight’s final – “it’s unfair”

Viewers rushed to social media to question the prize, and share their concern for the winner, Torrin.

“Really enjoyed #TheVoiceKids Lovely but strange prize. Where’s the continued mentoring? Surely the winner will receive more than a trip to Disneyland @thevoicekidsuk,” said one viewer.

A second fan tweeted: “So what’s the point in winning then #TheVoiceKids.”

Meanwhile, a third ranted: “If the prize for winning is a trip to Disneyland Paris and all the finalists are going no matter the result… does it really matter if they win #TheVoiceKidsUK.”

What did you think of Torrin on the Voice Kids? Leave us a comment on our Facebook page @EntertainmentDailyFix and let us know!