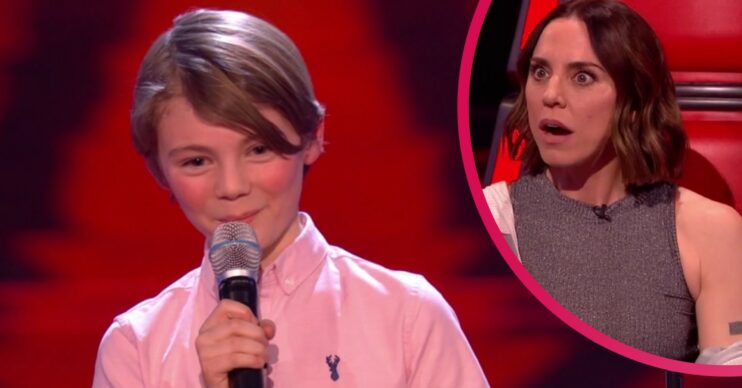 The Voice Kids fans were left stunned by comments made by a nine-year-old contestant on the show last night (December 28).

The young singer revealed to judges and viewers alike that he had a girlfriend!

And, not only that, the two had set a wedding date.

Joshey, nine, appeared on The Voice Kids last night in the hope of making the judges turn around for him.

The youngster from Oxfordshire not only stunned viewers with his incredible singing voice but also with the fact that he had a girlfriend, at just nine years old!

“I have got a girlfriend,” Joshey said in his introduction. “She’s really supportive and she loves it when I sing.”

Read more: The Voice Kids viewers have already picked their winner after an emotional performance

The Voice Kids contestant then called his girlfriend, Isla, via FaceTime, giving her the opportunity to wish him luck.

“But your voice is amazing,” Isla said when Joshey admitted to being nervous about his audition. The youngster then said she’d be supporting her boyfriend at every moment.

Viewers were shocked at the fact that a nine-year-old had a girlfriend, and took to Twitter to talk about it.

“Hahaha age of him with a girlfriend,” one viewer laughed.

“Did I just hear a nine-year-old boy say he has a girlfriend on national TV and then went onto introduce her on TV?” a stunned viewer asked.

“He will be ditching that girlfriend now he is a star,” a more cynical viewer joked.

What happened next on The Voice Kids?

Before heading to the stage, Joshey said that if a judge turned around for him, it would be the “best Christmas present in the world”.

Sadly, Joshey was left disappointed as none of the judges turned, despite his rousing rendition of Walking in the Air.

However, the judges were very complimentary of Joshey’s singing voice. Will.i.am called him “awesome”, while Mel C said his voice was “beautiful.”

Joshey then spotted his girlfriend, Isla, on the screens behind the judges, and they all turned to give her a wave. Joshey then revealed some very exciting news.

“Have you proposed?” Pixie Lott asked. “Well, we call ourselves fiancées,” Joshey replied.

“Thank you for brightening our lives, Joshey,” Pixie said, as a smiling Joshey left the stage.

The Voice Kids returns tonight at 8pm on ITV and ITV Hub.

What did you think of Joshey on the Voice Kids? Leave us a comment on our Facebook page @EntertainmentDailyFix and let us know!