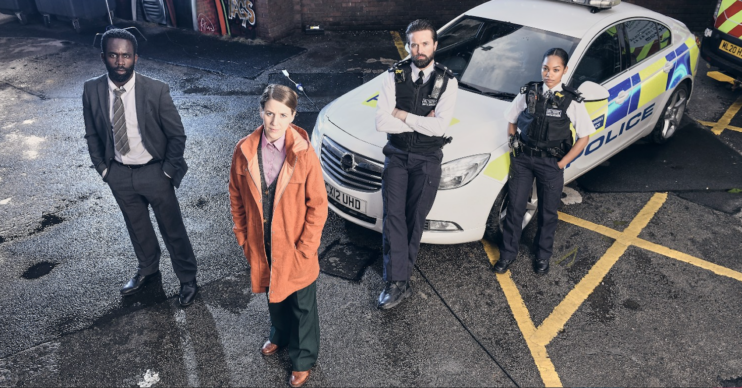 The Tower on ITV: Start date and cast details including The Moorside’s Gemma Whelan and The Fall’s Emmett J. Scanlan

Another great-looking drama for your diaries

The Tower on ITV is set to be another ridiculously good crime drama headed our way soon.

It was announced earlier this year (2021), but now we know more about it – and it sounds amazing!

So what’s it all about and who stars in it?

What is The Tower on ITV all about?

The three-part series is based on Post Mortem, the first in Kate London’s Metropolitan series of novels featuring Sarah Collins and rookie cop Lizzie Griffiths.

ITV says that the story starts when a veteran beat cop and a teenage girl fall to their deaths from a tower block in southeast London.

Left alive on the roof are a five-year-old boy and rookie police officer Lizzie Adama.

Within hours, Lizzie has disappeared, and Detective Sergeant Sarah Collins is charged with leading the investigation.

When the truth is finally revealed, the truth will cast its shadow over Sarah and Lizzie’s relationship and their lives.

Who’s in The Tower?

Game Of Thrones star Gemma Whelan, 40, takes the lead role of Sarah Collins in The Tower.

Award-winner Gemma has previously appeared in Gentleman Jack as Marian, White House Farm, and Killing Eve, where she played Geraldine.

Who wrote The Tower?

If the excellent cast wasn’t enough to attract viewers, just take a look at who has adapted the novel for TV.

For six years, Patrick Harbinson was the man behind hit US series Homeland, both writing and executive producing.

He said: “After six years on Homeland, I wanted to get back to my roots and write something firmly based in the UK.

“As soon as I read Kate London’s beautifully written novels I knew they were it.

“They are authentic, funny, crammed with original characters, and they tell intense and challenging stories. I know that audiences will fall in love with Kate’s two wonderful protagonists Sarah and Lizzie, just as I have.”

When’s The Tower on?

The Tower was announced by ITV in March, and it’s all set for the autumn.

Read more: Apple TV+ in August 2021: Everything arriving from Mr Corman to Truth Be Told

Alongside the likes of brand-new crime dramas like Stephen, Angela Black and Manhunt, The Tower is part of the channel’s new slate for later in the year.