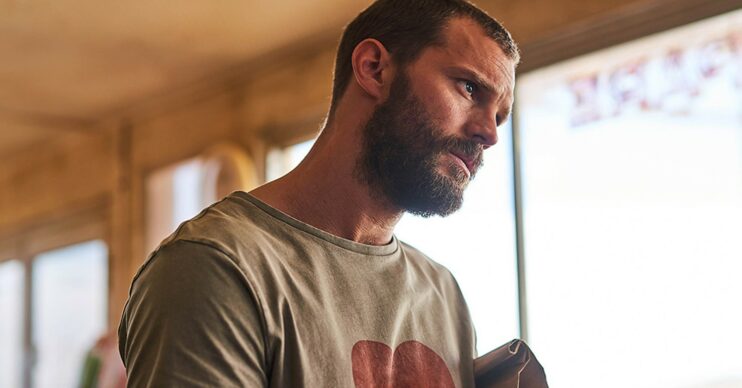 The Hollywood star is currently starring in the BBC drama

The Tourist star Jamie Dornan has opened up about what he says turned out the be the worst year of his life.

The Hollywood star, 39, had been hard at work filming his latest projects Belfast and The Tourist, at the time.

As a result, he says that he has since struggled with all the praise he’s been getting for his work.

“It’s a strange thing to end the year with all this positivity… because on many levels it’s been the worst year of my life, and the hardest,” he recently told The Telegraph.

Read more: Top thrillers to watch this winter including BBC drama The Tourist

To make matters worse, Jamie hadn’t seen his father for 18 months before his death due to lockdown and his work schedule.

He also went on to confess that his family are yet to hold a proper funeral for Jim.

However, he didn’t give an explanation as to why.

Speaking about his dad, Jamie called him a “beacon of positivity”.

He added: “That is my overriding takeaway. His kindness, his willingness to talk to anybody and everybody — he used to say, you treat the person who cleans the court the same as you treat the judge.”

The actor admitted you’d be hard pressed to find anyone with a bad word to say about his beloved dad.

What happened to Jamie’s mum?

Jamie has lost both his parents, with his mother, Lorna, passing when she was just 16.

She died from pancreatic cancer.

Jamie said that following her death, his father told him to not let the loss “define” him as a human being.

He explained: “You wear it, and it shapes you, and colours you forever, to lose your mother at such a young age, and life will never be the same again – but you can’t lead with it.”

The Tourist continues next Sunday at 9pm on BBC One, or you can cheat and binge on BBC iPlayer.

What’s your theory about The Tourist after episode 3? Leave us a comment on our Facebook page @EntertainmentDailyFix and let us know!