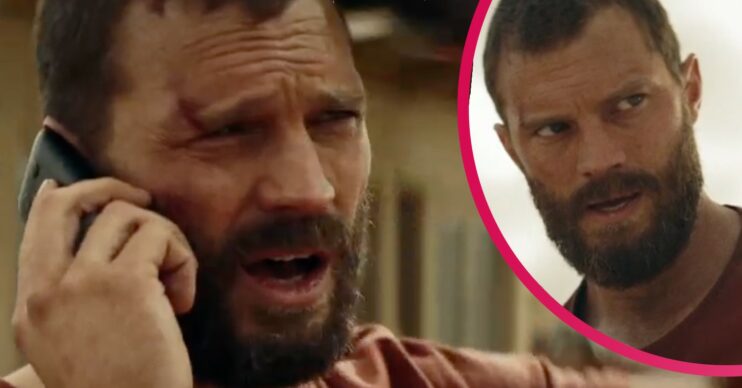 The Tourist on BBC One: A feast of questions and theories after episode 2!

If we thought episode 2 of BBC One drama The Tourist starring Jamie Dornan would make things clearer after last night (Saturday, January 1), we were very wrong.

All it’s actually done is give us a whole load more, without clearing very much up at all.

Here’s what we’re now scratching our heads about.

Who did Elliot Stanley kill?

Read more: Top thrillers to watch this winter including BBC drama The Tourist

One thing we do know now is that Jamie Dornan’s character is called Elliot Stanley. And we know this thanks to Luci Miller, his former lover, finally deciding to tell him.

Elliot worked out that it was Luci (Line of Duty‘s Shalom Brune-Franklin) who he was meeting in the diner, when he recognised her handwriting.

She asked him if he really wanted to know who he was, saying he wouldn’t like it. It was then that she dropped the bombshell that he’d killed someone. But who? WHO?

Is Elliot A Bad Man?

He’s already killed someone and is at least partly responsible for the death of the man in the buried oil drum.

So does this mean that Elliot is actually a – gasp – villain? Not only is he a murderer but, from what Luci was saying when they were hiding from the storm, he’s a bit of a heartbreaker too.

Not going to lie, we’ve gone off him a bit now.

Is Billy Nixon the man trying to kill Elliot?

We found out a little bit more about the strange American who was looking for Elliot. We know he’s called Billy Nixon and that he runs a trucking business.

The exact type of truck that ran Elliot off the road in the first episode. We also know that he is a bit of a brute.

He smashed the head of his colleague in without blinking, knowing he had a young family.

He then proceeded to hose the blood away like he was washing the car on a Sunday. He’s also pretty keen to track down Elliot.

Is Helen in danger?

We love Helen (Danielle Macdonald from Birdbox) and can’t wait for her to stand up to her emotionally abusive boyfriend and call the wedding off.

She’s gaining in confidence as she tries to help the stranger from the car crash. But we’re also concerned that her naivety is going to land her in serious danger.

She’s already been threatened by Billy and if Elliot is as bad as Luci seems to think, Helen could very well be opening a can of worms. Nasty ones.

So what about theories? Here are a few we’ve had so far…

Billy and Elliot are partners in crime

Okay, so it looks like Billy ran Elliot off the road, but he didn’t die. Someone got Elliot to the hospital, or at least called for help.

And Billy did take a pretty nice bunch of flowers to him when he tried to visit him in hospital.

Also, if it was Billy who was trying to kill Elliot, then we would have known he was heading to the diner.

Because, presumably, this means he would have put the bomb there. We have seen Billy murder someone and, according to Luci, so has Elliot. Are they criminals together?

Elliot hasn’t lost his memory at all

It seems unlikely, but hear us out. We know that he’s definitely got a shady past and that he hurt Luci, so we’re starting to question everything we thought we knew about the character.

Could he be faking memory loss for some reason? He seemed to remember a lot about Luci when they were in the back of the truck waiting for the storm to pass.

And would he really have been able to piece everything together from her signature?

It would be a bit of a twist if Luci, who seems to still love Elliot on some level, was actually the one trying to kill him.

But we’ve seen that she can drive off-road pretty well. Could it have been her who was driving the truck which ran him off the road?

It also seems she lured him to the diner, knowing that a bomb was about to go off.

Yeah, she saved him in the end, but maybe killing a man who can’t remember wronging her wouldn’t have been that satisfying.

It’s just all so confusing.

The Tourist continues next Sunday at 9pm on BBC One, or you can cheat and binge on BBC iPlayer!

What’s your theory about The Tourist after episode 2? Leave us a comment on our Facebook page @EntertainmentDailyFix and let us know!