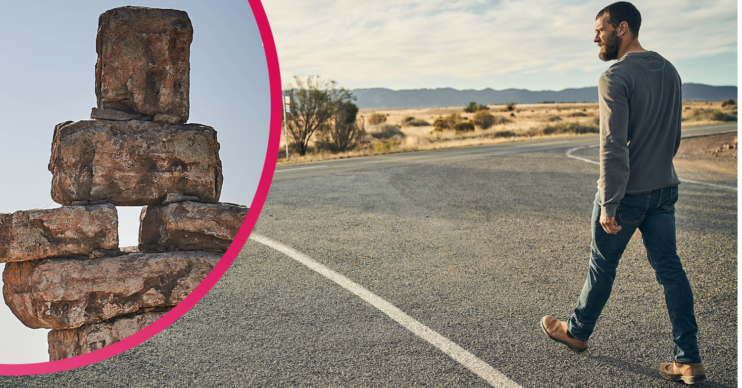 The Tourist locations on BBC One: Where is TV thriller set? Is Burnt Ridge real?

The scenery is as dazzling as the plot!

The Tourist continues on BBC One this week – and the locations are as jaw-dropping as the explosive plot.

But where is the TV thriller set, and is Burnt Ridge real?

The Tourist locations – where is TV thriller set?

Jamie Dornan stars in the BBC drama The Tourist.

Scriptwriters set the six-part series in the “glowing red heart of the Australian outback”.

The journey begins in the dusty outback in South Australia, and ultimately twists and turns to the frantic noise and lights of Singapore.

Cast and crew actually filmed the scenes set in Bali Down Under.

He said: “And I just loved it, I got to crawl around in the dust and the mud, and for someone who has never been here before and only seen Australia in movies, I’ve just completely fallen in love with it.

“The outback is one of those places which I can imagine is hard to leave.

“You’re drawn to it again and again.

“I have loved it. If I ever have the chance to film here again, I’m definitely coming back!”

The Tourist filmed over a 17-week period in South Australia.

Most of the filming for The Tourist took place in Adelaide.

Adelaide is the capital city of South Australia.

Port Augusta is a former seaport and home to just under 14,000 people.

Meanwhile, Peterborough is located just off the Barrier Highway, which cuts across New South Wales and South Australia.

The cast and crew also filmed at Frewville Motor Inn, which in real-life is a motel in the small suburb of Adelaide.

Australians spotted the cast filming there in 2021.

Steven Marshall MP, Premier of South Australia, called it “the biggest TV production the area had ever seen”.

Read more: Good crime dramas coming to BBC One in 2022 – from The Tourist to Better

Some scenes were also shot in the Flinders Ranges, home to the largest mountain range in South Australia.

These include the petrol station which Jamie Dornan’s character visits in the first and second episodes.

The production team built the garage specially for the series.

Australian-based actress Shalom Brune-Franklin, who plays Luci Miller, says: “I’ve loved working in Australia, [because] I’m a three-hour flight from my family rather than 24 hours.

“I’ve never been to Southern Australia before either, so it has been a nice experience.

“We’ve shot in some incredible locations, the Flinders Ranges were unreal, seeing all the sunsets and sunrises.”

The Tourist locations: Is Burnt Ridge a real place?

Much of the action in BBC One drama The Tourist centres around an area called Burnt Ridge.

In fact, Burnt Ridge is a fictional town in South Australia.

However, in a confusing coincidence, there is actually a place called Burnt Bridge!

Burnt Bridge is a suburb of Kempsey in New South Wales.

We don’t need any more confusing, though… We’re baffled enough by the plot!

The Tourist continues on BBC One on Sundays at 9pm. The entire series is available to binge-watch on BBC iPlayer.

What do you think of the locations in The Tourist? Leave us a comment on our Facebook page @EntertainmentDailyFix.

BBC One Jamie Dornan The Tourist