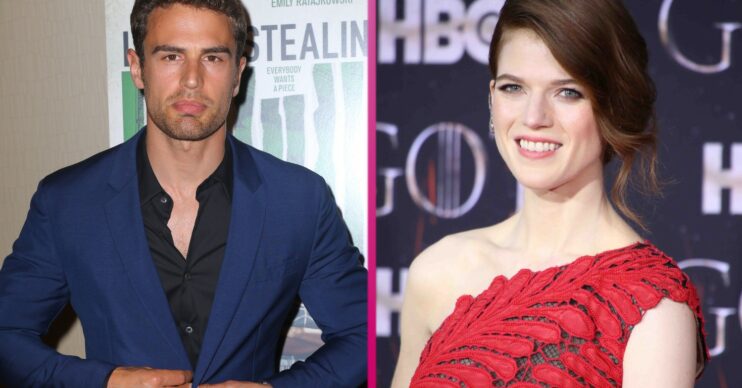 The Time Traveler’s Wife series on Sky Atlantic: When does it start and who’s in cast?

One of the most popular fictional novels of modern times is being adapted for TV and we can’t wait – so who’s in the cast of the HBO The Time Traveler’s Wife series?

When is it starting and what’s it about?

Here’s everything we know so far about the upcoming HBO series.

Time Traveler’s Wife series: What is it about?

The Time Traveler’s Wife tells the extraordinary love story of Clare and Henry.

They met when Clare was six and Henry was 36 – but it’s not what you think!

The pair get married when Clare is 22 and Henry 30.

It’s seems impossible but it’s true – because Henry suffers from a rare condition where his genetic clock periodically resets and he finds himself pulled suddenly into his past or future.

As Henry time travels against his will, he and Clare struggle to lead normal lives.

Their relationship is put to the test and is, at times, heartbreaking.

Yep, HBO’s The Time Traveler’s Wife is a TV adaptation of Audrey Niffenegger’s novel of the same name.

The book became a bestseller and spawned a hit film.

The Daily Telegraph says of the book: “I was ridiculously entranced by Audrey Niffenegger’s big, reckless novel – utterly convincing.”

The Guardian says: “This is one of those books that makes you want to eat it up from start to finish.”

Mail on Sunday describe it as “magical, memorable, poignant, amusing and intensely moving portrait of a unique relationship – quirky, romantic, and kept the right side of cute”.

Read more: The Staircase HBO: Toni Collette shares news on drama based on killer case made famous by Netflix doc

Who’s in the cast of The Time Traveler’s Wife series?

Since he was eight years old, Henry’s been time travelling as a result of a genetic condition.

Sometimes, when Henry is stressed or worried – and sometimes for no reason at all – he loses his grip on the current moment and falls naked into the past or the future.

She played Ygritte ‘I know you Jon Snow’ in Game of Thrones.

Rose – aka Mrs Kit Harington – will soon appear in Vigil and Death on the Nile, too.

The Time Traveler’s Wife began filming in May 2021 in New York.

David Nutter directs all six episodes, and the series is written by Steven Moffat.

Is there a film of The Time Traveler’s Wife?

As a result of the HUGE popularity of the book, which was released in paperback in 2005, a film shortly followed.

Eric Bana and Rachel McAdams starred as Henry and Clare.

The film was released in 2009, but was not considered a big success.

In fact, the film only rates 38 per cent on Rotten Tomatoes.

The Time Traveler’s Wife starts on Sky Atlantic/Now at 9pm on Monday May 16 2022.

Do you want to watch The Time Traveler’s Wife? Leave us a comment on our Facebook page @EntertainmentDailyFix.