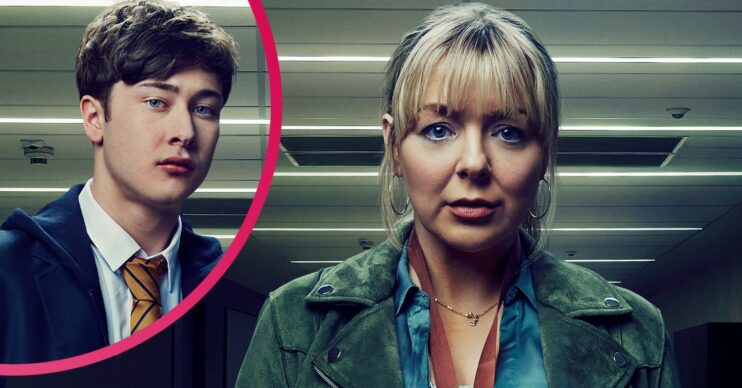 The Teacher on C5: What’s it about, how many episodes is it and is it a true story?

Sheridan Smith plays a teacher accused of sleeping with a pupil

Sheridan Smith returns to our screens in The Teacher this week, and the C5 series sees one of her best performances yet – so how many episodes is it?

What’s it about, and is it based on a true story?

Here’s everything you need to know about the new C5 drama and its episodes.

The Teacher episodes on C5 – what’s it about?

Sheridan Smith stars as a teacher who is accused of sleeping with a minor in brand new Channel 5 drama The Teacher.

Jenna Garvey is a popular teacher at a Bradford comprehensive, with a chaotic private life.

She is a heavy drinker prone to blackouts and casual sex – and waking up next to an unfamiliar body is nothing new.

However, life gets even more tangled when Sheridan’s Jenna is accused of sleeping with a 15-year-old pupil on a night out.

Viewers see Jenna and schoolboy Kyle dancing sweatily in Lazarus nightclub as she celebrates her promotion to Head of English.

Quite what happened on that night has enormous consequences that haunt her over the four-part drama.

Whether she is guilty of sleeping with a minor or not remains to be seen.

But, in the meantime, she is treated as if guilty by many – she faces losing her job and is labelled a “paedo”.

How many episodes is The Teacher on C5?

The Teacher is four episodes on C5.

Each episode is one hour long, including adverts.

Episode one takes a while to warm up, but the series is an intriguing one…

Read more: The Teacher with Sheridan Smith: C5 drops first shocking trailer and we can’t wait to see it

The Teacher cast – who stars in the C5 episodes?

She is still struggling to deal with the death of her mother 20 years before, and a cold, critical father who was once a well-respected teacher himself.

Jenna is accused of having sex with a minor, but did she do it?

Of course, actress Sheridan is well known for many roles on TV and theatre.

She played Cilla in the series of the same name, Sam in Cleaning Up, Ruth ‘Rudi’ Smith in Gavin & Stacey, and Emma Kavanagh in The Royle Family.

Most recently, she played bereaved mother Sarah Sak in Four Lives, and will soon star in No Return on ITV.

He played Ralph Roberts in Ladhood, Dean Paxton in Everybody’s Talking about Jamie, and Jordan Wilson in Ackley Bridge.

Since leaving the ITV soap, Kelvin has appeared in Death in Paradise as Gavin and Nathan in Moving On, as well as winning Strictly in 2019 and setting up a farm.

Sharon Rooney, famous for her role as Rae in My Mad Fat Diary, plays Nina.

Is The Teacher based on a true story?

Of course we all know it DOES happen, but The Teacher is not based on a true story.

Barunka O’Shaughnessy wrote the series which is an original story.

Comedian, actress and writer Barunka is known for writing several episodes of Motherland, Breeders and Timewasters.

This is her first serious drama.

When is The Teacher next on and how can I watch it?

It airs over four consecutive nights from Monday to Thursday.

The series is set in Bradford.

However, the cast and crew spent six weeks filming in Budapest, Hungary, for this new drama.

Creator and executive producer Mike Benson said: “We had to film in Budapest for funding reasons, and the team has done a fantastic job making it look like Bradford!

“It was challenging and at times felt like a pressure cooker given the Covid restrictions limited how much cast and crew could socialise and relax together.

“There were points when I didn’t think we would get through it, but fortunately we had a really professional team and a really good Covid officer, and we managed it.”