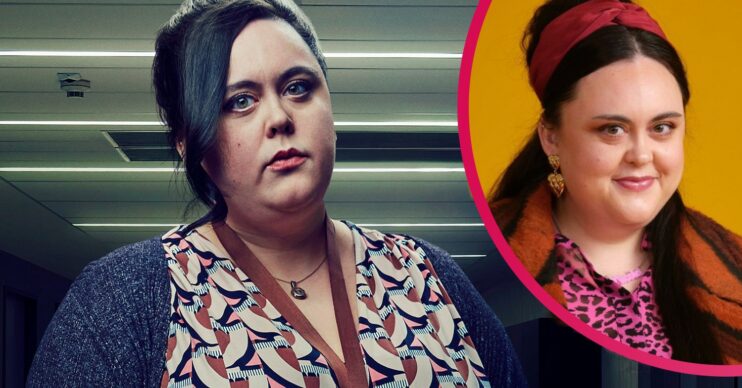 The Teacher on Channel 5: Actress Sharon Rooney plays Nina, but what she been in before?

The Teacher airs this week on Channel 5, and the impressive cast includes Sharon Rooney as Nina.

Viewers will recognise the actress from her role alongside Keeley Hawes in Finding Alice.

But what else has Sharon been in? How old is she? And is she married?

Sharon Rooney portrays Nina in the cast of The Teacher on Channel 5.

Nina works in a school, alongside Sheridan Smith‘s teacher Jenna.

The pair have no love for each other at all.

So when Jenna’s life starts to spiral out of control, and she’s accused of having sex with a pupil, Nina quietly enjoys her downfall.

But is she behind the allegations?

What is Sharon Rooney famous for? What else has she been in?

Sharon is perhaps best known for her central role in My Mad Fat Diary.

She played Rachel ‘Rae’ Earl between 2013 and 2015, and Sharon admits it’s the role she’s most recognised for.

The actress has also appeared in numerous TV series including Two Doors Down, Sherlock, Mountain Goats, Brief Encounters and The Tunnel.

Sharon portrayed Faye Caddy in No Offence, Barbara in Zapped, Ruth in Jerk and Becky in The Capture.

Disney fans will know Sharon from her role as Miss Atlantis in Tim Burton’s Dumbo in 2019.

Most recently, she played Doreen in McDonald & Dodds, and Josephine Wain in The Electrical Life of Louis Wain.

Casts don’t come much better than that!

How old is Sharon?

She is currently 33 years old.

Where is The Teacher star Sharon from?

Sharon is a Scottish actress.

She was born in Glasgow, Scotland.

At 16, she left school to pursue a career in acting, and enrolled on a three-year performing arts course.

She went on to study a degree in drama at Hull University.

Sharon started as a stand-up comedian, before settling on acting.

Does Sharon have a partner? Is she single?

Sharon has not been publicly linked to anyone.

She is believed to be single, and shows no hints of a partner on her social media accounts.

Sharon has spoken out about trolling.

She has previously said: “It’s the unsolicited medical advice I enjoy. Telling me not to eat jellybeans. Thanks!

“I learned quite quickly people will pick apart anything.

“They will find something.

“Even if I was five sizes smaller, someone will tell me I looked better before. You’ll never please everyone.

“There’s a lovely mute button now. If someone writes something rude I just quietly say ‘Shhh’ to them.

“With My Mad Fat Diary I’m already saying, ‘Hello, I am fat human’. What can they say?

“I have eyes, I know what I look like and I’m fine with that. Sorry if you’re not. I’m doing okay, so please don’t worry about me.”