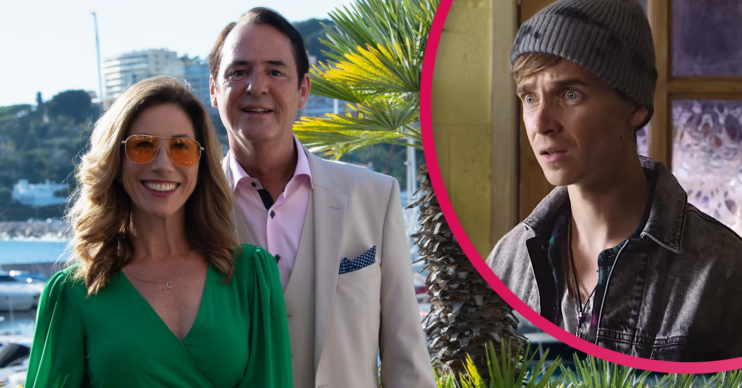 The Syndicate on BBC One: When is series four on and who’s in it?

Look out for Joe Sugg, Kym Marsh and Katie McGlynn!

Hit drama series The Syndicate is on its way back to BBC One for its fourth series.

And now the channel hasn’t just released the first trailer, but it’s also revealed that Joe Sugg – making his acting debut – will be part of the cast.

Here’s the lowdown on the series – when it’ll be on and who will be in it.

When will The Syndicate be back on BBC One?

The series, written by Kay Mellor, tells the stories of a syndicate of Lottery winners and the scrapes they get into as their lives change.

And it’s not always for the better.

It’s been five years since the last series, but there’s good news for fans.

All things point to the six-episode series four airing sometime this spring on BBC One.

What will the fourth series be about?

The BBC said: “When the owners of Woodvale Kennels announce they are selling the business to a large corporate chain, the staff are devastated to realise they may well be out of a job.

“This is disastrous news for Keeley, Jake, Roxy, Gemma and Colette who all depend on their pay to get them from one month to the next.

When she checks the ticket with local newsagent Frank and the machine goes off she is ecstatic!

“As the staff’s future is thrown into question, the weekly lottery looks like the only lifeline to gambling addict Keeley.

“So when she checks the ticket with local newsagent Frank and the machine goes off she is ecstatic!

“But is everything as it seems and will our syndicate get what’s rightfully theirs? Set between Yorkshire and Monaco, we see our kennel workers spend every last penny they own to see justice done.”

Who’s in The Syndicate series four?

A host of new faces will appear in series four.

Also in the cast for series four is US star Liberty Hobbs, making her UK acting debut. Fans will know her from her appearances in Grey’s Anatomy and Criminal Minds.

Kym Marsh appears in her first role since leaving Coronation Street, too.

The Syndicate on BBC One: Where was it filmed?

Like so many other TV productions, series four of The Syndicate was delayed because of the COVID pandemic.

Kay Mellor said just prior to filming: “Lockdown has been a rollercoaster of emotions for all of us.

“I was devastated not to be able to begin shooting the new Syndicate.

“All the scripts were written and we were four days away from principal photography but now we’re ready for the next stage and I couldn’t be more excited.”

The Ilkley Gazette reported in August 2020 that the series had begun filming in Yorkshire town, Burley-in-Wharfedale.

But, seeing as one of the locations is glam Monaco, it looks as though some of the cast got a nice trip away from it.

How can you watch old series of The Syndicate?

There’s good news for fans of The Syndicate.

Series one to three are being streamed on BritBox.

You have to pay a subscription to watch, but with guest stars like Timothy Spall, Joanna Page and Matthew McNulty in series one; Siobhan Finneran, Alison Steadman and Mark Addy in series two; and Lenny Henry in series three, there are enough star names to keep viewers entertained.