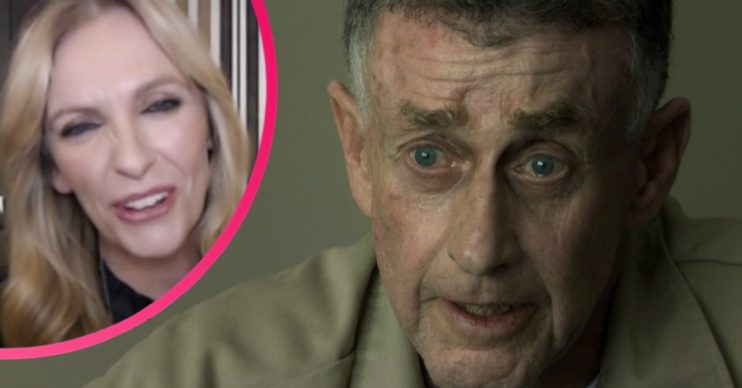 The Staircase HBO: Toni Collette shares news on drama based on killer case made famous by Netflix doc

Colin Firth is also among the star-studded cast

The Staircase is a new HBO drama based on the acclaimed Netflix documentary of the same name.

The HBO Max show was announced earlier this year.

It will be an eight episode true-to-life re-telling of the doc that stunned the world when it hit Netflix in 2020.

Is The Staircase on HBO a true story?

The series is based on the arrest and subsequent conviction of author Michael Peterson.

He was found guilty of murdering his wife, Kathleen, in 2001. However, in 2017 the charge was reduced to manslaughter and he was released from prison.

Michael claims his wife died after accidentally falling down the stairs which occurred after she mixed alcohol and Valium.

However, an autopsy concluded that she had actually died from multiple blows to the back of her head.

Michael has maintained he had been sitting out by the pool when it happened.

Many theories emerged during the trial, including suggestions that an owl attack was responsible for Kathleen’s death.

“When you look at her injuries, they do appear consistent with being made by an owl’s talons,” Mary Jude Darrow, Peterson’s attorney, told Audubon in 2016.

“But I would hate to risk my client’s life or future on that argument.”

Who is in the cast of The Staircase?

Toni is best known for her roles in films including Sixth Sense, Hereditary and Muriel’s Wedding.

British icon Colin Firth will play her husband who, depending on your view of the evidence, was rightly or wrongly convicted of her murder.

Toni Collette recently opened up about the show, and revealed some titbits for fans eager to know more.

“I leave to film in Atlanta in a few weeks,” she told Lorraine on Wednesday (May 19).

“I’m very excited it’s an amazing cast and a fascinating story. It kind of encompasses the making of the documentary in the series version.”

The show is written and executive produced by Campos and Cohn, who also serve as show runners.

When is The Staircase on?

Sadly, there is currently no premiere date for The Staircase.

In the meantime, the original documentary is available on Netflix in the UK.

As a result, fans have plenty of time to refresh their memories before the new series airs.