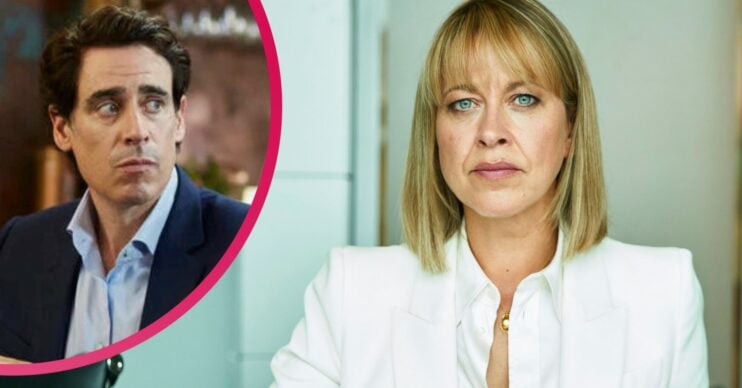 The Split series 3 start date confirmed: The final series will be the “most heartbreaking”

The three Defoe sisters are back - and all their baggage!

BBC One has confirmed the start date for series 3 of The Split – which is good news indeed.

The bad news, however, is that it’s the final ever series of the excellent Nicola Walker drama.

Actress Nicola appears as a successful divorce lawyer, amidst her own marriage breakdown.

So when does The Split series 3 start, and what else do we know about the upcoming final episodes?

The Split series 3 start date – when does final series begin?

The Split series 3 will return on Monday April 04 2022 at 9pm on BBC One, with all episodes available to stream on iPlayer.

Forget Peaky Blinders, Line of Duty and Doc Martin – THIS is the series finale we’ve been dying to see.

We know that filming began in June 2021, after an extended break due to the pandemic.

The second season aired more than two years ago – in February 2020 – on BBC One.

It averaged over six million viewers with more than 19 million streams, becoming the third most watched drama series on BBC iPlayer that year.

Is the 'good divorce' ever possible?#TheSplit 💔 returns to @BBCOne for its third and final series

The Split series 3 on BBC One – what do we know so far?

Series 3 of The Split begins 10 months after the events at the end of series 2.

We catch up with the three Defoe sisters – Hannah, Nina and Rose – as well as their formidable mother Ruth.

Viewers have seen the sisters make-up, break-up, reach rock bottom, and come together again – and at the centre of the storm is always divorce lawyer Hannah.

In series 3, she’s in the middle of her own divorce – and it’s proving more difficult than she could ever have imagined.

Now the show’s creator Abi Morgan promises the final run will be the most “dramatic and heartbreaking series to date”.

While the official BBC statement teased “a shocking revelation that dramatically changes the stakes.

“Battle lines are redrawn, their dream of achieving the ‘good divorce’ is left in tatters.”

The trailer (see below) teases a new relationship for Nathan, heartbreak for Hannah, and the ever-present complication of Christie.

But is it just us who wants Hannah to stay with her husband, and run as far as she can from Christie…?

In series 3, Hannah and Nathan begin to divide up their 20 years together.

Can they find a way out of the wreckage and settle amicably?

What happened at the end of The Split series 2?

The Split viewers were left “crying their eyes out” after the series 2 finale.

The couple were faced with the difficult task of telling their children before Nathan moved out of the family home.

The episode came to an emotional climax when Hannah returned home to find Nathan had left behind his house keys and wedding ring on the sideboard in the hallway.

She broke down in tears.

Read more: The Split series three cast: Who is back and who is joining the BBC One drama!

The majority of The Split season 2 cast have now been confirmed for the 3rd and final run.

Nicola Walker will, of course, return as Hannah, opposite Stephen Mangan’s Nathan.

Barry Atsma stars as smooth Christie, too, and Chukwudi Iwuji returns as Zander.

She’s “a leading child psychologist whose arrival adds a whole new layer of complexity to Morgan’s multi-layered examination of divorce and modern marriage”.

Oh, and she’s in a relationship with Nathan.

Nicola Walker, who plays central character Hannah Stern, said: “I can’t wait to be back in the Defoe Family.

“We are all looking forward to the journey Abi has planned for us.

“I don’t know if Hannah will cling to the wreckage or walk away, but I do know it’s going to be a fantastic ride.”

The Split series 3 start date – how many episodes will it be?

Like the previous two series, the 3rd and final run will be six episodes long.

Each episode will be one hour.

The BBC has released a trailer for the upcoming season of The Split (see below).

In it, Nicola Walker’s character Hannah struggles with the reality of her divorce.

Or, more specifically, the fact that her soon-to-be ex-husband has moved on and found someone else.

Are you looking forward to watching series 3 of The Split? Leave us a comment on our Facebook page @EntertainmentDailyFix.

BBC One Nicola Walker The Split