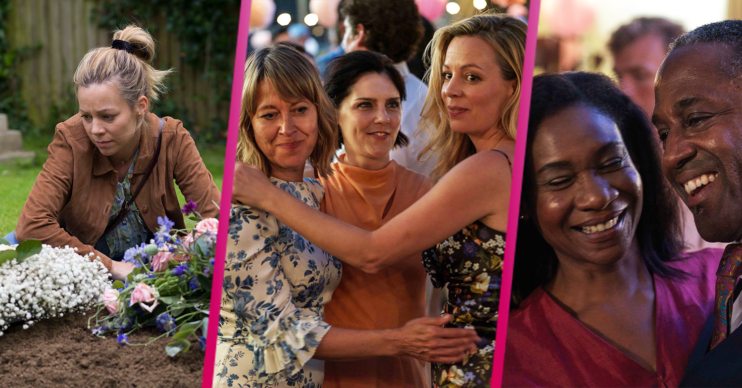 The Split fans beg for season 4 after ‘amazing’ final episode

Fans of  The Split are desperate for season 4 after series 3 came to a sensational end tonight (May 9).

The BBC drama written by Abi Morgan has been billed as one of the best things on TV.

The highs and lows of the legal eagles have kept viewers gripped.

So, surely it can’t be the end?

*WARNING – The Split season 3 SPOILERS ahead*

In episode 6 of The Split series 3, viewers finally discovered if Hannah and Nathan would stick together.

Sadly for us, they decided to part ways and agreed to divorce.

Fans were heartbroken, but then Hannah, played Nicola Walker, looked directly at the camera and insisted she would be okay.

Fans loved the high drama and took to Twitter begging the Beeb for more.

One wrote: “#TheSplit Binged watched it all and absolutely loved it, hope you do a series 4.”

Another said: “Just finished #TheSplit I’m in bits, tears running down my cheeks, praying for series 4, don’t ever stop making such great TV.”

We have finished the series tonight! Amazing, so moving, cried through the last episode. Please let there be a season 4 of The Split.

A third penned: “Are we getting a series 4? Does anyone know? Spoilt myself and watched it all.”

Meanwhile, a fourth announced: “We have finished the series tonight! Amazing, so moving, cried through the last episode. Please let there be a series 4.”

Will there be a fourth series?

This depends on Abi Morgan.

The talented writer previously said the series “has always been conceived as three”.

She said: “It was always the plan and in fact I don’t think I’m saying anything out of turn here, the BBC would have loved us to have gone on really.”

The Beeb aren’t the only ones, but now it looks like the broadcaster and fans may get their wish.

Speaking to Radio Times, Abi said there are still lots of stories to be told around the Defoe family.

When asked about the potential of a spin-off she said: “Watch this space, I’m sure there’ll be news about that very soon. But I really love those actors. I’m definitely hoping I get to work with them again.”

Acknowledging the audience’s appetite, she teased: “There are just more stories to be told. So fingers crossed.”

Head to our Facebook page @EntertainmentDailyFix and tell us what you think of The Split.