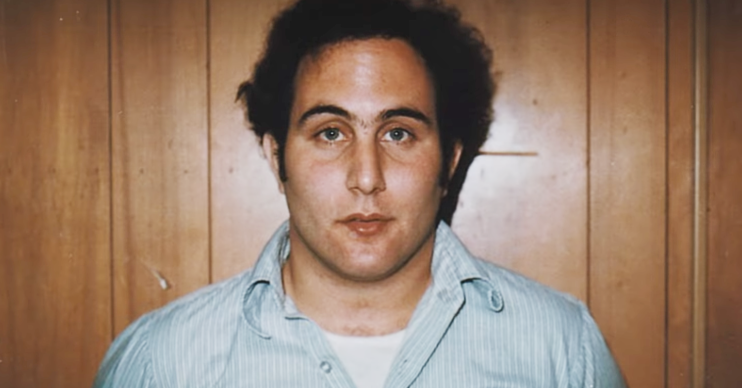 One of the most notorious mass murderers in modern history

Sons Of Sam on Netflix (or Sons of Sam: A Descent Into Darkness to give it its full name) is a new serial killer documentary about David Berkowitz.

Berkowitz is one of the most notorious serial killers in US history, and now he gets the Netflix treatment.

But who was he, what did he do and why did he call himself Son of Sam?

Who was David Berkowitz in Sons of Sam on Netflix?

David Berkowitz was born in New York in 1953, the adopted son of Pearl and Nathan Berkowitz.

Journalists have stated that he had a “troubled childhood” and he fostered an interest in crime from an early age.

Read more: Why Did You Kill Me? on Netflix: What’s MySpace and where is Crystal Theobald’s killer now?

An ex-Army soldier who served in South Korea, Berkowitz was working for the US postal service when he began his murder spree in the summer of 1976.

Futhermore, it’s reported that the spree started after he found out he had been adopted.

Why was he called Son of Sam?

He killed his prey by shooting them with a .44 revolver.

His first victims were teenage friends Donna Lauria and Jody Valenti, who were sat in their cars in Pelham Bay.

And it was this seemingly random mode of killing that Berkowitz used throughout his year of terror.

However, it wasn’t until April 1977 that he acquired the nickname ‘Son of Sam’.

After killing Alexander Esau and Valentina Suriani in their cars, he left the police a note.

Where is he now?

Berkowitz’s killings provoked the biggest manhunt the city of New York had ever seen at the time.

His spree also terrified the inhabitants of the city, causing widespread fear and panic.

However, just over a year after he killed his first victims a witness came forward.

On August 9 the day of Berkowitz’s last shooting, a witness reported a mysterious man carrying a “dark object” on her street.

She subsequently reported his car to the police.

It was then he was arrested and questioned, with the investigating officer allegedly asking him who he was.

He received a 25 years-to-life sentence for each of the killings he perpetrated.

Still in prison today, he is now 67-years-old.

What is the Netflix documentary all about?

The title The Sons of Sam looks at the theory that Berkowitz wasn’t the only Son of Sam out there.

During questioning, Berkowitz allegedly told interrogators: “There are other Sons out there, God help the world.”

He claimed that members of a satanic cult helped carry out the murders.

Read more: Why Did You Kill Me? on Netflix: What’s MySpace and where is Crystal Theobald’s killer now?

Subsequently, the four-part documentary follows journalist and author Maura Terry and the theory that Berkowitz did not act alone.

In 1997, Berkowitz told Terry that a group was, “working with Satan to try to bring in a lot of chaos”.

The Sons Of Sam: A Descent Into Darkness is on Netflix from Wednesday May 5