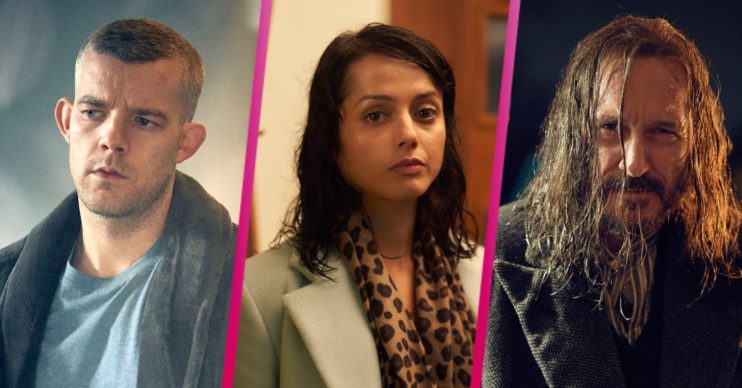 The Sister on ITV starring Russell Tovey: What’s it about and when does it start?

The Sister is ITV’s latest thriller from the creator of Luther – and it promises to be everything you need to get you through those cold autumn nights.

Here’s everything you need to know about the upcoming series.

When does The Sister start?

The Sister starts on ITV on October 26.

The drama continues on consecutive nights.

It will air over four hour-long parts.

What is The Sister about?

The Sister is a gripping psychological thriller surrounding the disappearance of a young woman called Elise Fox.

ITV promises a chilling and suspenseful story of murder, with a supernatural element.

Nathan (Russell Tovey) is the main character in the drama and Bob (Bertie Carvel) is the unwelcome face from Nathan’s past.

Nathan’s stable life is rocked to the core when Bob turns up on his doorstep with life-changing news, triggering a series of catastrophic events.

Nathan appears to lead a very normal – if boring – life.

He is happily married, lives in a lovely big house and has a steady job – but not for long, as his past tries to catch up with him!

Who stars in The Sister?

Actor Russell Tovey, who plays Nathan, has been in a number of TV productions.

He starred in Flesh and Blood, The Night Manager and as Steve in the popular Him and Her, which aired for three years on BBC3.

He most recently portrayed Daniel Lyons in the big hitter Years and Years on ITV.

Bertie Carvel, meanwhile, stars as long-haired Bob, who seems to have fallen on bad times and has a big secret.

Viewers might recognise Bertie as philandering Simon from Doctor Foster.

Bertie’s also starred in Baghdad Central and Babylon, as well as playing the titular magician in Jonathan Strange and Mr Norrell.

She played Irri in the huge HBO drama Game of Thrones.

Written by Luther’s Neil Cross, The Sister is a chilling story of love and psychological horror, as a man desperately tries to escape his dark past.

Is The Sister from the same team as Luther?

The series is inspired by his novel Burial, in which a man attempts to escape the ghosts of his past. Perhaps literally.

Neil said of The Sister: “It’s one of my favourite stories. A tale of psychological suspense, of guilt and ghosts and murder. Oh, and love. Always love. Our job is to make viewers want to sleep with the lights on. We’re looking forward to it.”

– The Sister starts on ITV on Tuesday, October 26

Will you be tuning in to The Sister on ITV? Leave us a comment on our Facebook page @EntertainmentDailyFix.