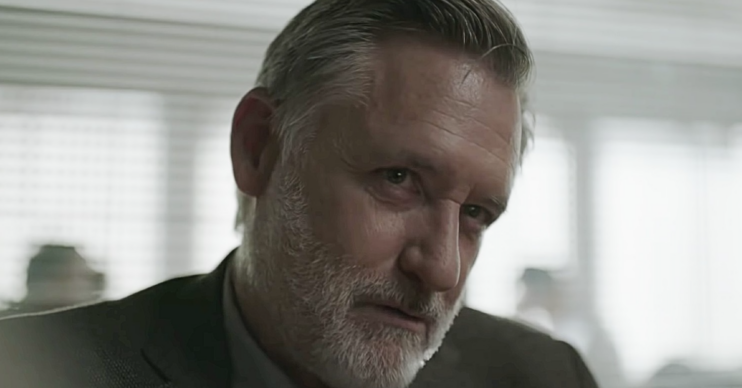 The Sinner season 4: Why is it ending – why is there no season 5?

We're sad to see it go

The Sinner season 4 is currently enthralling viewers on Netflix, but there won’t be a season 5!

Unfortunately, this is it for the Bill Pullman crime drama.

Yes, you read that right – there won’t be any more series of The Sinner.

So why is it ending now?

The Sinner season 4: Why was it axed?

However, the network announced that it was to be the last series of the anthology crime drama.

In its announcement, USA Network said that it would provide, “a satisfying close to [Harry] Ambrose’s journey”.

And creator Derek Simonds said in his own statement: “It’s been a huge pleasure and a privilege to be able to tell the kind of stories we have on The Sinner these past four seasons.

“[Universal Content Productions] and USA [Networks] have been ideal partners and continually supportive of our creative goals, and I’m so pleased to complete Harry Ambrose’s dramatic series-long arc as we intended in this final season.

“A huge thank you to my partner-in-crime, Bill Pullman, and to the talented actors, writers, directors, and crew who gave their all to help realize this show. It’s been an incredible journey.”

The Sinner season 4: Why won’t there be another series?

While Derek and USA Network seemed to consciously uncouple amicably, the question still remained: why aren’t there more series of The Sinner?

Newsweek speculated that changes within the hierarchy of USA Network was the “likely” reason for the show getting the axe.

Thanks to the rise of streaming services, it speculated, USA Network began to ditch its scripted dramas.

These included Dare Me and Briarpatch, while two of its biggest series – Suits and I, Robot – ended in 2019.

Could The Sinner be saved?

The Sinner has a huge worldwide following, so it seems a shame that the show is finishing now.

Hwoever, late last year there were hopes that Netflix would take it on.

The streaming giant has a habit of picking up discarded shows and carrying them on. Just look at Lucifer.

And the fact that Netflix shows The Sinner everywhere else outside of the US added fuel to the rumour fire.

But there’s been no word yet.

Derek also added a footnote – he would love to write more series.

“If the show were renewed, and it kept going, we’ve talked about continuing Harry Ambrose, we’ve also talked about refreshing the show completely with a new lead detective that could create another multi-season journey in the show.”

Are you disappointed there will be no The Sinner season 5? Leave us a comment on our Facebook page @EntertainmentDailyFix and let us know.