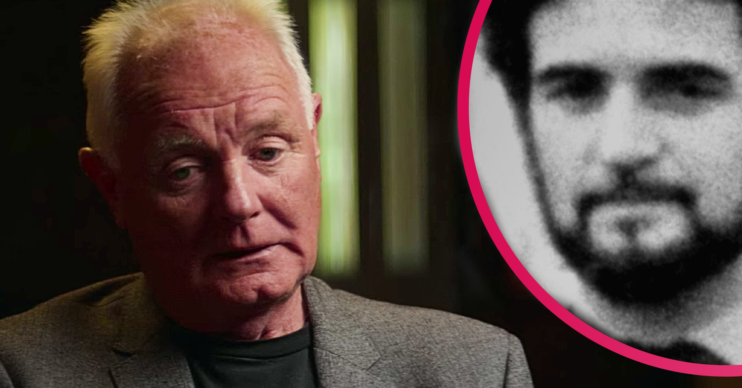 Such a traumatic time for Bruce

The Ripper on Netflix is a brand-new, four-part series that documents the awful and heinous crimes committed by the Yorkshire Ripper.

During the series, viewers spotted Corrie star Bruce Jones and they couldn’t believe it.

It turns out the man who played Les Battersby for a decade in the ITV soap played a vital role in the investigation.

Why was Bruce Jones in The Ripper on Netflix?

Bruce found the mutilated body of 20-year-old Jean Jordan on an allotment in Manchester in 1977.

Jean was the sixth victim of Peter Sutcliffe, aka the Yorkshire Ripper.

And the chilling memory moved Bruce to tears as he recounted the story.

He said that he had to describe everything to the police.

What else did Bruce say?

Bruce said that it was a lovely sunny day in 1977.

Aged only 24 at the time, he described how he and his mate were going to build a shed on their allotment.

However, things took a grisly and upsetting turn.

I’d only realised later on that I’d rolled my wheelbarrow over this girl.

“I was getting all the old bricks to lay a base,” he said, tearing up. “And I… I’d only realised later on that I’d rolled my wheelbarrow over this girl.

“She… she was cut in the most horrendous ways a person could cut someone. I’d run to the phone box across the road, and rung 999. They were there within minutes.”

“I had to describe it all.”

As if Bruce Jones (Corrie actor) discovered the body of one of Peter Sutcliffe’s victims… 😱 had to google to to make sure I wasn’t imagining it was the same person… pic.twitter.com/QrUi64HIt3

I'd forgotten that Bruce Jones found the body of Jean Jordan, until he showed up on this new Netflix documentary.

Bruce Jones found a victim of the Ripper…looks like it still haunts him today..#TheRipper Netflix…

How did fans react after seeing Bruce in The Ripper?

When they realised Bruce was involved in the case, viewers registered their shock.

“I was not expecting to see Bruce Jones to turn up in #TheRipper on Netflix,” one wrote.

Another said: “No way did Bruce Jones find one of Peter Sutcliffe’s victims,” followed by a shocked emoji.

Finally, a third wrote: “I’d forgotten that Bruce Jones found the body of Jean Jordan, until he showed up on this new Netflix documentary.”

Who was Peter Sutcliffe?

Peter Sutcliffe began his killing spree in Leeds in 1975.

Sutcliffe was given the nickname the Yorkshire Ripper by a local newspaper and seemed to target sex workers.

As his spree continued, he went on to take the lives of 13 women in Leeds, Manchester, Halifax and Huddersfield.

During the case, police botched several leads and lines of investigation.

But finally, Sutcliffe was caught in 1981, after almost six years of terror.