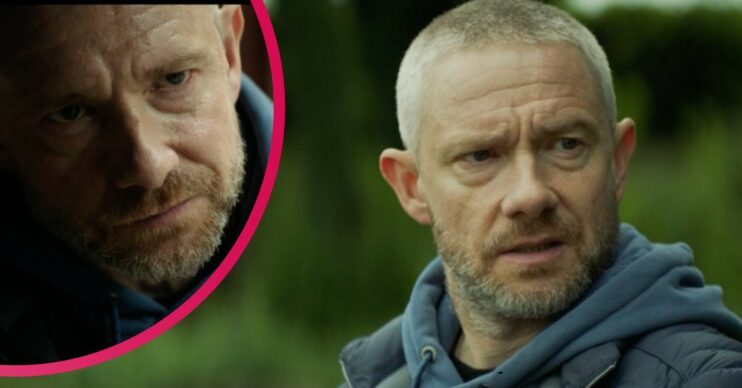 The five-part drama has gone down a storm with viewers

Some viewers were so impressed with the show that they even went so far as to declare it the new Line of Duty! High praise indeed!

The conclusion to Martin Freeman’s drama, The Responder

The Responder has had BBC viewers on the edge of their seats for five episodes now, and last night the thrilling show came to its conclusion.

For those who don’t know, The Responder is set in Liverpool and follows Merseyside Police officer Chris Carson as he undertakes a number of night shifts.

Chris, played by Freeman, is joined by inexperienced officer Rachel Hargreaves, and together they embark on relentless, high-octane nights patrolling the city.

Meanwhile, under the surface, Chris is struggling with his mental health, as well as a failing marriage.

The final episode provided plenty of suspense and had viewers wondering whether Chris would get caught, whether he’d be able to strike a deal with Gallagher, and whether his wife would take him back.

Plenty got wrapped up in last night’s episodes, yet there were still some plot points left open-ended – perhaps hinting at a second series?

How have viewers responded to Martin Freeman’s The Responder?

To say that viewers have been impressed with The Responder would be an understatement!

Viewers have been loving the show, with some branding it the best BBC drama in years. Some even consider it to be the new Line of Duty!

“One of the best police dramas ever, up there with LOD [Line of Duty],” one viewer said. “Martin Freeman, Emily Fairn and Josh Finan were so believable, as were all the cast. There has got to be another series.”

“#TheResponder One of the best TV dramas I’ve watched on @BBCOne since #LineofDuty. Fantastic acting from #MartinFreeman and all the cast and superbly written by @tonyshoey… can’t wait for Series 2!” another said.

“Let’s be honest, it’s a whole level above Line of Duty,” said in reply.

“That settles it then, the #TheResponder is the best police drama in recent years. The end,” another viewer tweeted.

What else have viewers said?

There was widespread praise for the finale of The Responder too, with many considering it to have wrapped up the series well.

“Absolutely brilliant ending to #theresponder and left nicely open for a second season,” one viewer said.

“Wow what an ending,” a third tweeted.

Not everyone was as impressed though.

“The ending of #theresponder is that it??” one asked online. “That’s the ending?” another tweeted.

“Was expecting a more explosive ending tbh but a bloody excellent series nonetheless,” another viewer said.

Whether or not viewers get a second series remains to be seen, but judging by the reaction to the five episodes that have just gone, it sounds like viewers definitely want one!

The entire series of The Responder is available to watch on BBC iPlayer now.

What did you think of The Responder? Leave us a comment on our Facebook page @EntertainmentDailyFix and let us know!

BBC Line of Duty The Responder