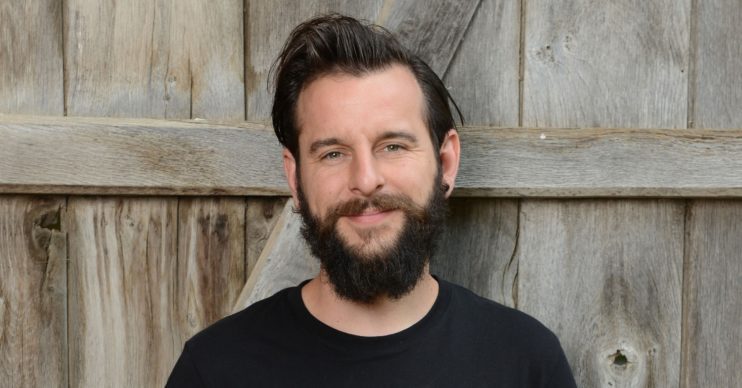 The Repair Shop on BBC One: Is Dominic Chinea married?

Dominic Chinea is one of the cast members currently appearing on BBC One’s The Repair Shop – but who is he? And is Dominic Chinea married?

As well as starring on the heartwarming restoration show, Dominic is a set designer and prop maker.

Here’s everything you need to know about Dominic.

Who is Dominic Chinea?

Dominic Chinea is a cast member of The Repair Shop, and has appeared on the show since 2017.

He studied graphic design at South East Essex College, but his passion for cars and metal work led him into car restoration.

Before landing his job at The Repair Shop, Dominic worked with Rankin Studios as a production designer, building props and backdrops for sets on editorial shoots and for large events.

Dominic is credited as a set decorator on a number of pop videos, too.

I think we can safely say he brings the ‘cool’ to The Repair Shop.

They live in Kent together with their dog, Wendy.

Does Dominic Chinea have kids?

Unless you count his beloved fur baby Wendy, then it’s believed Dominic does not have children.

His Instagram features lots of photos of his gorgeous dog though.

How old is Dominic Chinea?

Dominic’s age is not known, but he is thought to be in this thirties.

However, we know he celebrates his birthday on May 4 (let’s hope he’s a Star Wars fan).

Dominic posts lots of arty shots on his Insta @dominicchinea.

He shares photos of his metal work, as well as insider photos from The Repair Shop and his dog Wendy pops up regularly, too!

What is The Repair Shop?

Presenter Jay Blades and the cast of experts bring treasured family heirlooms back to life.

Who are the experts?

Will Kirk, Steve Fletcher and Suzie Fletcher all appear in the cast of The Repair Shop.

Will is an antique furniture restorer, who joined the show in 2017.

Steve Fletcher is a horologist, and his sister Suzie joined the show in series two.

An expert in leather, equestrian enthusiast Suzie has built a career in saddle making and restoration. She has been working in the industry for the past four decades.

You can apply to feature on the show by going to the ‘Take Part’ section on the BBC website.

Applicants must be 18 or over.

They do not charge for repairs.

The Repair Shop airs at 8pm on BBC One on Wednesdays.