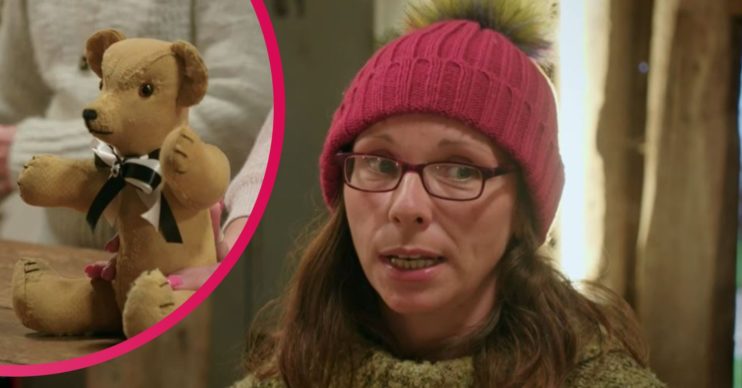 Its late owner had it since he was a boy

The Repair Shop featured a teddy bear whose owner died three weeks before it came in for repairs.

Fans of the popular BBC programme were in tears as its late owner’s step-daughter, Maxine, revealed what had happened – and when they saw the battered old toy’s incredible makeover.

What happened with the teddy on The Repair Shop?

During Wednesday (August 19) evening’s episode, Maxine explained that Ian died just a few days after getting checked at the hospital.

She said: “My step-dad passed away three weeks ago. Very recent and very sudden. He’d been the life and soul of the party, and he’d lost a little bit of weight.

“That was the first sign that anything was a bit strange. On the Monday he was seen in hospital, and on the Wednesday he had a full-body scan and was diagnosed with lung cancer, symptomless. They gave him a few weeks, and then… sorry…”

At that point she paused to collected herself, before continuing: “When we got home on the Wednesday night, we were planning how he was going to spend those last few weeks, and his care at home.

“He passed away the next day on the Thursday.”

After handing the teddy over, Maxine said that having it fixed would be “the biggest tribute”.

She added: “It’s a way for all of us, particularly me, to make a gesture to Ian about how important he was and how special he was, when I didn’t have a chance to tell him.”

Later in the programme, she returned with her mum Dawn and stepsister Suzanne.

They got emotional when they saw the restored toy, embracing and thanking The Repair Shop staff for doing a wonderful job.

The teddy broke me.

Maxine said she could picture what Ian’s face would have been like, had he seen it. She knew he would be “over the moon”.

“Things have been very difficult lately, and very emotional. We’re still all reeling from the shock of losing Ian. But this means so much to us.”

One said: “Well I teared up over a restored teddy bear in #TheRepairShop…”

Another wrote: “The teddy broke me. I’m in bits. I think I need a repair… #therepairshop.”

The teddy broke me. I’m in bits. I think I need a repair… #therepairshop

A third tweeted: “That little teddy bear has made me cry. This programme is just a sheer joy to watch. #therepairshop.”

Someone else said, alongside a crying emoji: “Wow how amazing did the Teddy look!? Such a talented bunch #TheRepairShop.”

What did you think of The Repair Shop? Leave us a comment on our Facebook page @EntertainmentDailyFix and let us know.