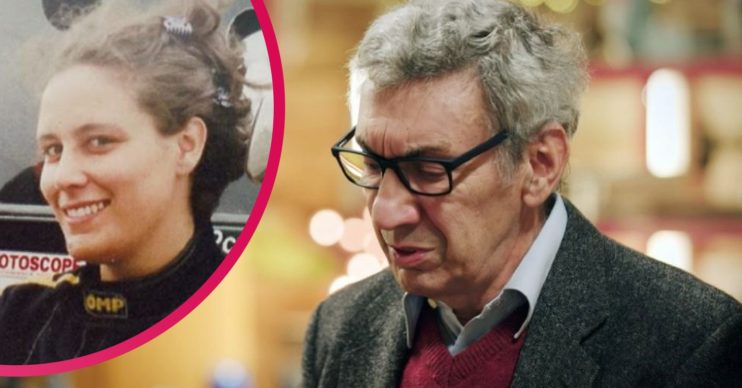 The Repair Shop had BBC viewers in bits last night as it introduced them to grieving parents Gil and Sue Duffy.

During Wednesday (March 24) night’s episode of the beloved restoration programme, Gil and Sue brought in a trophy that served as a memorial to their late daughter, Krissy.

What happened on BBC show The Repair Shop?

Dad Gil explained that he was always into racing classic cars, and Krissy, who loved riding horses as a child, followed in his footsteps.

She became interested in racing cars and it was a shared passion for them both.

Read more: When is The Repair Shop on? Fans declare daytime slot a ‘demotion’

Unfortunately, Krissy became depressed and in 2001, she took her own life.

Gil said on the programme: “For a number of years, Krissy and I worked on the cars, raced all over the country, she was very competitive.

“One weekend she came home to stay with us and she was really, really down. And that was, you know, not like her at all, she was depressed.

“She underwent all sorts of treatments and tablets and so on, but really, it didn’t get much better.”

He continued, his voice breaking: “One morning, in 2001, we woke up and she’d taken her own life.

“She’d just run out of hope, it was terrible. You can’t imagine what it was like. But then, at the funeral there were over 200 people… she’d made such an impact on the world.

“The drivers in the championship really missed her, so we thought we would commission a trophy, to keep her memory and her spirit alive.”

Gil explained that he and Sue presented the trophy each year to the winner of a race at Donington Park, Krissy’s favourite circuit.

Unfortunately, the trophy was badly damaged one year when it was sent in the post.

Thankfully, host Jay Blades‘ team was able to restore the trophy, and when Gil and Sue saw it, they beamed.

Sue said: “I can’t believe it… it can keep her memory going.”

What did viewers say about the episode?

On Twitter, Gil and Sue’s story had viewers in pieces.

One viewer said: “Not a dry eye. Fabulous trophy restoration. Bless you, Krissy.”

Another wrote, with tearful emojis: “The trophy, that’s me #TheRepairShop.”

Someone else tweeted: “Only a few minutes into @TheRepairShop and crying already, seeing Krissy’s trophy. What a lovely programme, bringing back some joy.”

A fourth put: “Oh my god. I’m beside myself already over the Krissy trophy.”

“Well, I’ve gone already!” said a fifth. “Who else is crying? @TheRepairShop gets me every time! The trophy story is so sad #therepairshop.”

The trophy that’s me 🥲🥲🥲🥲 #TheRepairShop

Only a few minutes into @TheRepairShop and crying already seeing Krissy’s trophy. What a lovely programme bringing back some joy ❤️ #therepairshop

Well I’ve gone already ! Who else is crying ? @TheRepairShop gets me every time! The trophy story is so sad #therepairshop