Simon Cowell left Britain's Got Talent viewers stunned last night when he stormed off stage during the semi-final.

The judge walked off stage when a ventriloquist tried to make him dance the can-can and many fans branded the music mogul a "spoilsport" and a "bore".

However, it turns out Simon walked off stage because of an old skiing injury. 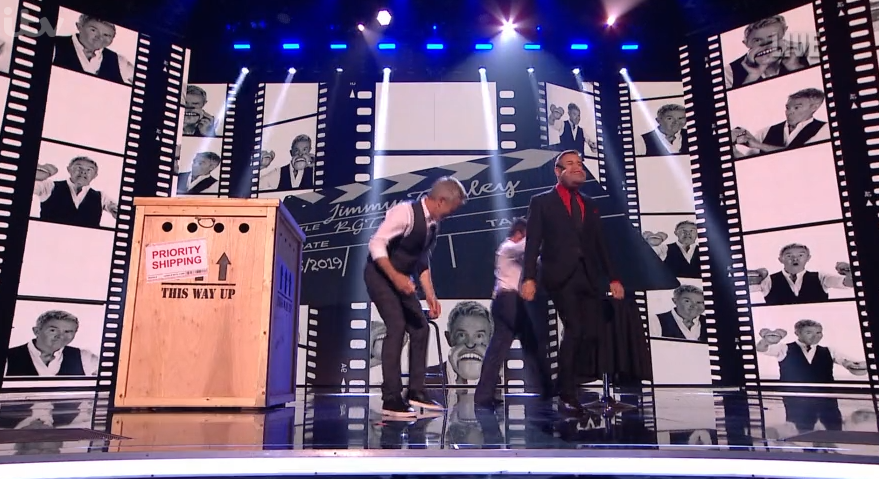 Simon stormed off during the act (Credit: ITV)

A source told Ent Daily: "Simon is absolutely fine. He’s been laughing about it during the ad break. There’s been lots of laughter in the dressing room, with a few production members jokingly acting with their tails between their legs! But Simon saw the funny side.

"It turns out the reason Simon left the stage was due to an old ski-ing injury. Jimmy grabbed hold of Simon’s knee but, understandably, won’t have realised about Simon’s old injury when he wanted him to do the can-can.

"So Simon had to take the lead to stop any embarrassment! Backstage, everyone has been giggling - and Simon thinks it was a great TV moment!"

During last night's show, Simon was chosen along with David Walliams to join entertainer Jimmy Tamley on stage. 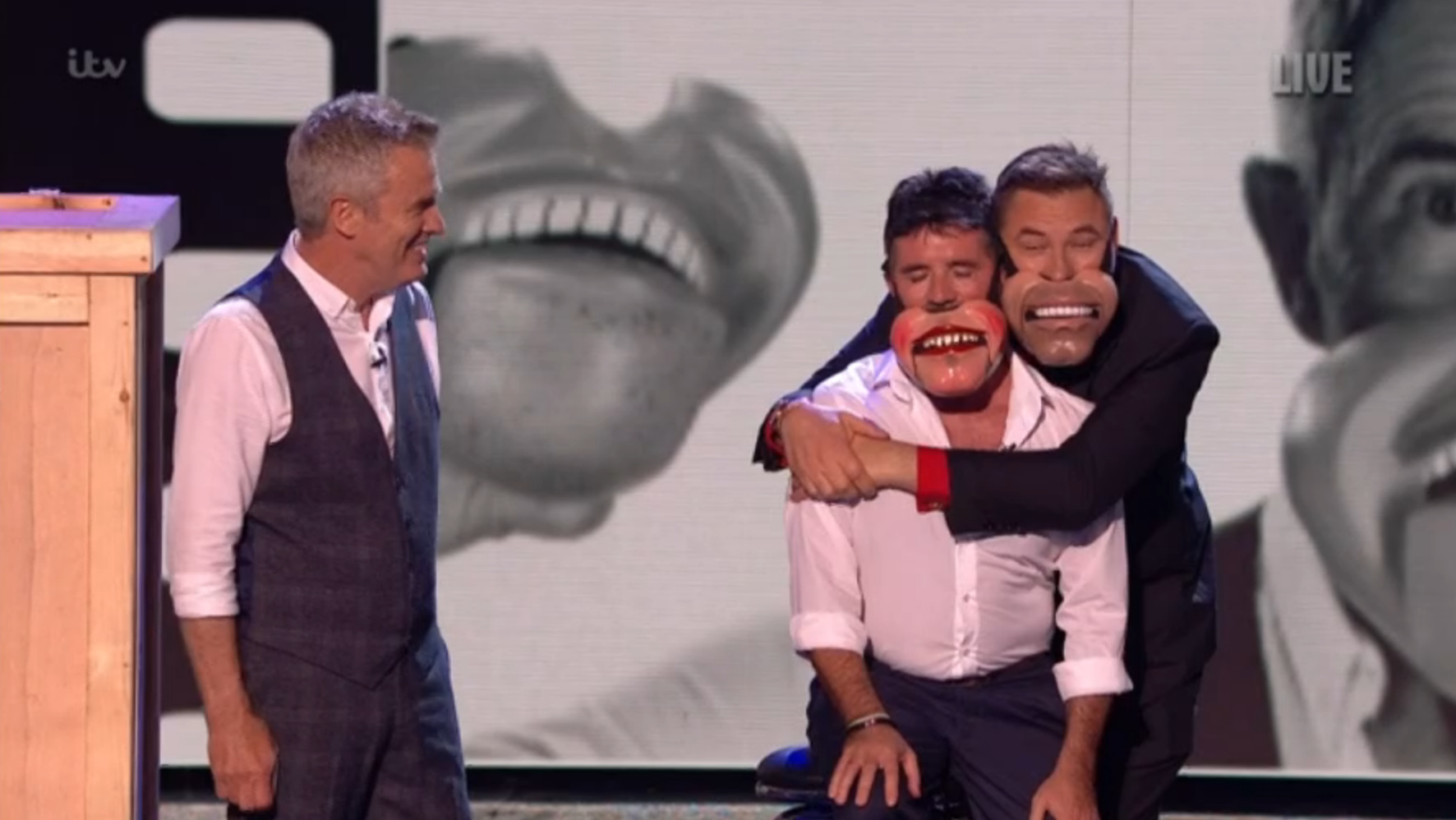 Simon walked off stage because of a skiing injury (Credit: ITV)

The ventriloquist placed a face mask on both judges and revealed that Simon would be taking the part of David's dummy.

But Simon appeared to snap when Jimmy invited the pair to perform the can-can, which of course David was more than happy to.

It turns out the reason Simon left the stage was due to an old ski-ing injury.

Simon then bolted from the stage when the comedian put his hands on his legs in a vain bid to make him dance.

Viewers were divided over whether his reaction was justified.

One tweeted: "Simon, what a spoilsport!" while another wrote: "What a boring person Simon Cowell is."

Simon what a spoil sport!!! #BGT

What a boring person Simon Cowell is. #BGT

A third added: "I feel so bad for the ventriloquist man."

I feel so bad for the ventriloquist man 😬😬! #BGT

Acts will compete in the Britain’s Got Talent final on Sunday 2 June.

* Britain's Got Talent's fifth live semi-final is on ITV at 7.30pm on Friday.