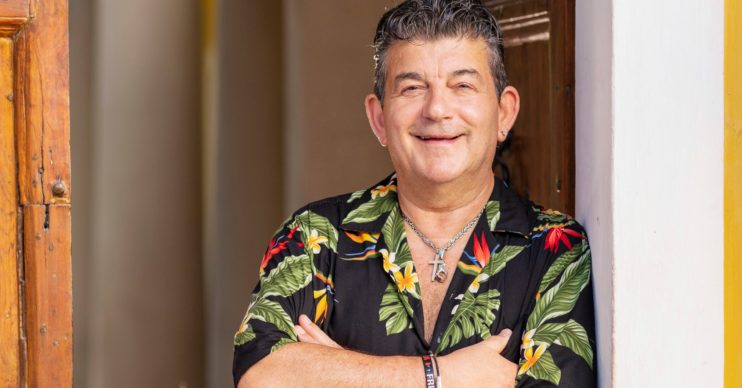 The actor, who played Nasty Nick Cotton on and off from 1985 until 2015 when he was killed off, turned 68 in March. This makes him 67 when The Real Marigold Hotel was filmed.

Those watching at home were stunned into disbelief over how old he actually is.

He doesn’t look like he’s aged a day since we last saw him in Walford!

@JohnAltman4Real how the hell can you be 67?? No way #realmarigoldhotel

Blimey the actor who played Nick Cotton from Eastenders looks nowhere near 67! I’m shocked, I thought he was about 50. #RealMarigoldHotel

Who did John Altman play in EastEnders?

Nasty Nick Cotton is one of the true icons of Albert Square – but not necessarily for good reasons!

The son of Dot Branning, Nick was the original bad boy and even tried to kill his own Ma by poisoning her for her fortune.

He faked his own death, was involved in the murders of Reg Cox and Eddie Royle, and was addicted to drugs.

Nick overdosed on drugs Dot had bought for him during the 30th anniversary episodes in 2015 and died in Dot’s arms.

He might be dead and gone, but the legacy lives on as Nick’s daughter, Dotty Cotton has recently returned to Walford.

Dotty has also been selling laughing gas, which caused Bobby Beale to collapse. Next week he’ll cover for her, but when he asks her out on a date, will she say yes?

What is John Altman doing on The Real Marigold Hotel?

John is one of eight retired celebrities who travelled to the coastal Indian city of Puducherry to see whether retirement is more fulfilling in India.

Paul opened up about losing brother Barry, who died after a battle with cancer in 2018, in the opening episode.

“We constantly laughed on stage. He’d make me laugh, I’d make him laugh all the time. We just loved doing it.

“That’s gone forever. And that is the thing that upsets me more than anything.

“I will never have that on stage again, having a laugh with Barry. But life goes on.”

The Real Marigold Hotel continues next Thursday, May 7, on BBC2 at 9pm.