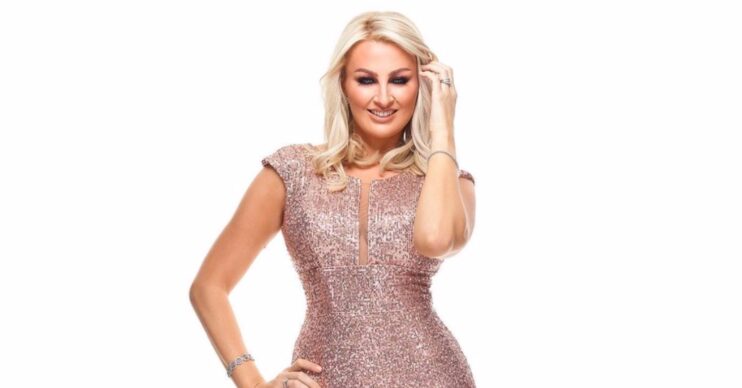 The Real Housewives Of Jersey on ITVBe: Who is newbie Sarha Courtnay?

As The Real Housewives Of Jersey returns to our screens later this month, we bring you the lowdown on new cast member Sarha Courtnay – who only moved to the glitzy Channel Island earlier this year.

Who is Sarha Courtnay?

Sarha moved to the picturesque Island of Jersey in April 2021 but decided to relocate in October 2020, just two months after getting together with her new partner, Mike.

She says it was “his bright idea” to make the move.” “Mike woke up one morning and said the magic words “Let’s move to Jersey”, and that weekend we flew over to view properties, and we both fell in love with the Island – it was an impulsive decision.”

The new housewife was previously married but divorced in 2018, and the move was a fresh start for the couple.

She describes herself as the organiser. And admits she is “driven, determined and incredibly loyal. And fiercely protective over my family and friends.”

Where do Sarha and Mike live in Jersey?

The couple live with their two dogs on the West coast of the Island in St Aubin.

“We immediately knew that St Aubin was the place for us.”

“We have the most beautiful views to wake up to every morning. There is a slower pace of life here, incredible restaurants and the beaches are stunning,” says Sarha.

It’s a busy time for Sarha and partner Mike who are currently renovating their home, which they moved into in September.

The couple have just started a new property company and are building up a portfolio of rental properties. Sarha, 36, is also in the process of setting up an Aesthetics clinic and is currently on the hunt for the right location.

She wants to bring the latest equipment to the chic ladies of Jersey and firmly believes that people should be able to change themselves without any judgement.

How did Sarha join the cast of the Real Housewives of Jersey?

Sarha joined the popular reality series just a few weeks after landing on the Island.

And admitted to being a fan of series 1.

“I binge-watched Season 1 over Christmas last year as I obviously wanted to see where we were moving to.”

She revealed: “It was a complete whirlwind; to be honest, it’s something I never thought I would have done.”

“Over the past year or so since being with Mike, I’ve learnt to “let go”. The whole thing is crazy!”

Which housewives is Sarha closest to?

Her partner Mike had met Ashley’s husband Ben (Cairney) through Mike’s property connections before joining the show, and both thought that Ash and her would hit it off.

“We actually only met a week or so before filming, but they were right; we got on like a house on fire – you couldn’t shut us up,” says Sarha

“I’m also close to Margaret. We lived around the corner from her whilst we were buying our house.

Read more: The Real Housewives of Jersey on ITVBe: All you need to know!

Every night, we were probably at hers having the most amazing dinners made for us (I’m a terrible cook). She is like family – we’ve even been on holiday together.”

The Real Housewives of Jersey series two airs on ITVBe on Monday 27 December at 9 pm.

Who is your favourite Jersey Housewife? Leave us a comment on our Facebook page @EntertainmentDailyFix and let us know what you think of this story.